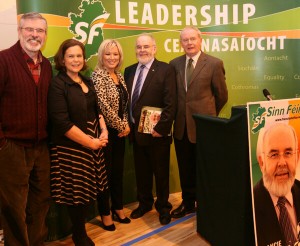 VOTING has now closed in the Mid-Ulster by-election with Sinn Fein the front runners to retain the seat.

The by-election was called after the resignation of Sinn Fein’s Martin McGuinness, who stood down as MP for the constituency at the end of 2012.

A result is expected in the early hours of Friday morning.

The turn has been around 50 per cent, down over ten per cent on the last General Election.