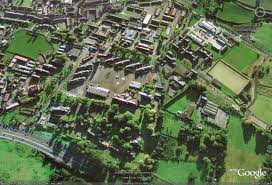 Aerial picture of Palace Barracks in Holywood, Co Down

A REVAMP of the Armed Forces in the UK will keep all four bases in Northern Ireland.

However, as a result of the restructuring, the Ministry of Defence said there will be a small reduction to the size of all regiments, including those stationed in Northern Ireland.

The changes come as a result of a decision to withdraw army personnel from Germany back to the UK.

The main change will see the 2nd Battalion The Mercian Regiment, currently based at Palace Barracks in Holywood, Co Down, move to Chester in 2014.

They will be replaced by 1st Battalion The Royal Regiment of Scotland, who are currently based in Edinburgh.

A proportionate amount of the regular army of around 2,000 service personnel will also be based in the region.

The 28th Irish Brigade Headquarters in Lisburn will remain unchanged.

The Defence Secretary said: “We are also going to invest an additional £1.8bn in our new basing plan, providing investment around the country, crucial jobs for local economies and the best possible accommodation for our soldiers and their families.

“This work also supports and enables the Army 2020 structure, announced last year, which will ensure that the British Army remains the most capable Army in its class, adaptable and ready to meet the security challenges of the next decade and beyond.”

Brigadier Rob Thomson, Commander 38 Irish Brigade, added: “The basing plans confims the future in Northern Ireland for Ballykinler, Palace, Lisburn and Aldergrove and we are looking forward to welcoming the 1st Battalion The Royal Scots and their families to what will be their new home in North Down.”

“We look forward to the continued support from the community across Northern Ireland in support of this important and highly valued garrison.”