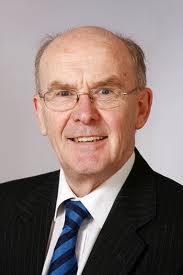 A High Court judge has given the go ahead for work to start on a controversial £100 million golf course development.

Mr Justice Ronnie Weatherup QC threw out a legal challenge lodged by the National Trust on the  initial planning application for the Giants Causeway more than a decade after it was lodged.

The Trust had attempted to block planning approval by Environment Minister Alex Attwood, stating he had acted ‘unreasonably and irrationally’.

Their legal bid was based on the argument that a body responsible for granting World Heritage Site status, UNESCO, was not properly consulted on the project.

The planned 365-acre development at Runkerry, to be known as Bushmills Dunes Golf Resort and Spa, received the green light in February last year.

Along with a championship links golf course, the blueprint includes a five-star 120-bedroom hotel and 75 villas.

But the Trust had claimed the proposed complex encroaches on land zoned in the distinctive landscape setting of the World Heritage Site, on which no development should take place.

The charity argued this was based on a recommendation by UNESCO that there should be a buffer zone to protect the special landscape surrounding the Causeway.

But Mr Justice Weatherup backed a counter submission by the Department of the Environment that world heritage convention guidelines have no standing in UK law.

He said: “The court must step away from seeking to implement, directly or indirectly, what obligations there may or may not be under the convention.

“I must not grant to citizens of the state a right that only exists in international law, if it exists at all.”

Developers claim the proposed Bushmills resort would create around 360 jobs and a further 300 through suppliers and construction. 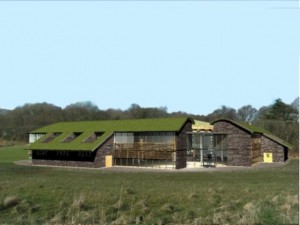 Visual impression of the course and club house in Giants Causeway

The investment and advisory team, led by US-based Northern Ireland man Dr Alistair Hanna, have predicted the course and hotel could be ready by 2015.

But construction depended on the outcome of the legal battle.

After dismissing the Trust’s argument on the Unesco point, the judge threw out further arguments on the potential impact on the environment, wildlife and plant species.

During the course of a one hour 40 minute judgment, he detailed issues around newts, bats, birds and other creatures in the area.

At one stage he commented: “I wasn’t aware of the presence of lizards in the area, but now I am.”

Claims that the Department failed to carry out a proper inquiry into the economic impact of the scheme were also rejected.”I’m not satisfied there are grounds to intervene,” he said.

Additional grounds based on setting a potential precedent and the alleged failure to give adequate reasons for the decision were thrown out as well.

“I propose to dismiss the application,” the judge confirmed.

However, he added: “I think that there are a multitude of reasons why the National Trust was warranted in bringing this application and I’m minded not to make any order for costs.”