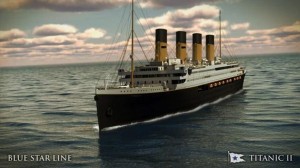 OVER 100 years after the Titanic sank on its maiden voyage an exact replica is to be made to sail the high seas.

And Titanic II will travel the exact same route from Southampton to New York as its ill-fated sister ship just over a century ago.

In New York on Tuesday it was revealed that a shipyard in China and an entrepreneur in Australia are to sign a deal to construct a full-size working replica of the legendary doomed ship Titanic.

However, this time around, the ship Titanic II will include advanced technologies.

And afterwards, the ship is to sail to the UK and be prepared for her maiden voyage later that year from Southampton to New York – the route Titanic sailed on its fateful voyage in 1912.

A consortium of companies is to undertake design work for Titanic II, which will reportedly resemble to the original Titanic.

“The liner will be equipped with advanced technologies, including the latest life-saving and communications systems to meet the requirements of modern navigation,” said Jinling Shipyard spokesman Li Wenbao.

“Of course it will sink if you put a hole in it, but it’s not going to be designed with a hole,” said Palmer.

“It will be designed as a modern ship with all the technology to ensure that doesn’t happen.”

Blue Star Line’s global marketing director James McDonald told Xinhua that the company has already received inquiries from potential Titanic II passengers, with some offering up to US$1m for a chance to sail on its maiden voyage.

Titanic struck an iceberg and sank in the North Atlantic Ocean on 15 April 1912, claiming more than 1,500 lives. 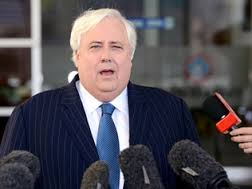 The ship had only 20 lifeboats for some 2,200 passengers and crew.

Mr Palmer wouldn’t say on what the cost would be to make the full-scale replica of the doomed 1912 super passenger liner, but it has been estimated at more than $US200 million ($A195.34 million).

“TItanic II is the ship where dreams will come true.”

Construction of Titanic II is expected to be completed in China in the second half of 2016 and Palmer said demand for tickets to take a voyage on the ship exceeds demand, with some reports enthusiasts have offered $1 million to be on the maiden trip from Southampton, UK, to New York.

Just like the original, passengers can buy first, second and third class tickets for the six day voyage.

Passengers will also be able to dress in 1912-style clothing, giving them an opportunity to step back in time, or pretend they are DiCaprio or Kate Winslet, who starred in James Cameron’s 1997 blockbuster movie Titanic.

“I’ll be looking forward to banging the drum and playing the fiddle and all of those sort of things and twirling around like Leonardo did in the movie.”

While Titanic II will be a replica, including decor inside, it will feature some modern conveniences including air conditioning, a theatre, casino and state-of-the-art lifeboats.

A decision is yet to be made, but Mr Palmer doesn’t want Titanic II to have email or TVs.

“I’m against having internet on the ship,” he said.