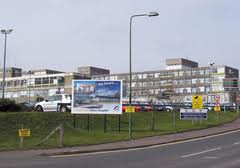 AN Alliance MLA says “lives are at risk” after a trust revealed the Ulster Hospital is currently facing a bed shortage.

The crisis at the hospital in east Belfast was raised on the floor of the Assembly on Tuesday morning.

However, the Speaker refused the Ulster Unionist Party permission to ask urgent oral question of Health Minister Edwin Poots about ambulance delays at both the Ulster and the Royal Victoria Hospital in west Belfast.

The UUP responded by saying an urgent review was now needed of accident and emergency services in the Greater Belfast area.

“We warned Edwin Poots when he closed the accident and emergency department at the City Hospital in Belfast that neighbouring hospitals would struggle to cope with demand,” said the UUP.

“An urgent review is now needed.”

On Monday night, some patients were waiting more than four hours to be seen at the Ulster which is currently undergoing a major redevelopment.

Patients had been ferried to the hospital in Dundonald by ambulances on 999 emergency calls.

However, they discovered there was no beds available in the hospital and those needing to be seen by medical staff were instead left on stretchers in a corridor.

According to UTV, at one stage, seven ambulance crews were waiting to pass their patients on to doctors.

It meant that meant crews could not go out to other emergency calls.

The Ulster Hospital’s A&E has seen an extra 10,000 patients since the closure of the emergency department at Belfast City Hospital in 2011.

Ambulance Service spokesman John McPoland said there would always be times when the service was under extra pressure.

“A call may come in as a category A (most serious), but it may change when the paramedics have arrived because of the treatment they give and then, when they get to the hospital, the condition of the patient may not necessitate a life-saving intervention,” he said.

“Anybody with a life-threatening condition will be seen immediately in the hospital.

“Yesterday (Monday) we dealt with 391 emergency calls, we took 66 patients to the Ulster Hospital.

“Ten of those patients, according to the figures I have, had to wait for up to three hours and two waited for more than three hours in the care of our paramedics.

“We cope with the demand as best as we possibly can.”

A spokesman for the trust said around 224 people have attended the Ulster’s emergency department so far this year.

“The emergency department at the Ulster Hospital was extremely busy [on Monday] with 66 ambulances attending, 20% above capacity, and 247 new patient attendances.”

The trust spokesperson said the number of patients at the emergency department has increased this year because of the changes within the greater Belfast system – including the closure of the City’s A&E.

“There is increased pressure on our staff who continue to provide excellent care to our patients under very challenging circumstances. The large number of ambulances resulted in a longer wait for ambulance turnaround yesterday but this would be out with our normal performance.

“Ambulances are not meant to be tied up at the front door of a hospital, they should be responding to emergency calls. Lives are going to be put at risk if this problem is not resolved,” he said..

“The Health and Social Care Board should urgently look into what happened on Monday night and ensure that the resources are put in place so that it is not repeated.”

He said the events on Monday night highlight that more must be done to cut waiting times at Belfast’s emergency departments.

The A&E at the Ulster Hospital had its doors temporarily closed in 2011 because of a shortage of doctors.

But earlier this month, the Health Minister Edwin Poots revealed it could shut permanently.