OVER 2,500 PEOPLE IN BELFAST LIVING WITH DEMENTIA 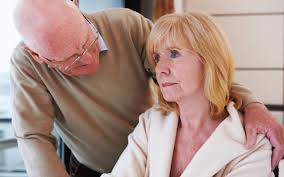 Over 2,500 people in Belfast living with dementia

MORE than 2,500 people are living with dementia in Belfast, it has been revealed.

And Alzheimer’s Research UK says that with the population ageing there is a pressing case for new treatments to stop the brain’s decline.

The UK’s largest conference on the progressive condition is due to be held in Northern Ireland next month, with experts from around the world travelling to Belfast to discuss their latest findings.

Dr Laura Phipps, science communications officer at Alzheimer’s Research, said: “There are over 820,000 people in the UK living with dementia and more than 2,500 people in Belfast alone.

“With an increasingly ageing population, there is a desperate need to understand dementia and develop effective new treatments to stop it.”

There are several different types of dementia but Alzheimer’s is one of the more common. Dementia develops slowly, is more common amongst the elderly and can cause problems understanding information or prompt mood changes.

Scientists in Belfast will hold a free public meeting on dementia research to coincide with the start of the conference on March 11 at the Europa Hotel in Belfast.

Dr Phipps added: “We hope this event will provide the opportunity for people to talk to scientists, ask questions, and see the real impact that research can have on the lives of those with dementia.”

As well as talks about dementia, there will be support organisations and the chance to speak to researchers about their work.