POLICE are investigating after a three-year-old boy died after becoming entangled in a blind cord at a house in Co Down.

The young victim has been named as Daniel Grant.

The incident happened shortly after 6pm on Saturday at a home in Mayobridge, near Newry.

The PSNI has been asked to investigated on behalf of the coroner. A statement added: “There are no suspicious circumstances”.

Blind cords have been blamed for at least 25 deaths in the UK since 1999, according to the Royal Society for the Prevention of Accidents.

Martin Regan, who is from Bellaghy, campaigns about the dangers of blind cords after his 23-month-old grandson Dean died in an incident in January 2011.

He said his blood ran cold when he heard the tragic news from Mayobridge.

“When I got the phone call immediately my blood went cold and I just had flashbacks of watching Dean die in the hospital,” Mr Regan told UTV.

“I’d like to pass my condolences to the family of the child and my prayers are with them.

“For me, I’ve never got over it. You learn to live with it in a sense but each time you walk into a room or a building and you see a blind cord hanging you just feel like ripping it from the wall.

“And I can’t emphasise enough for people to have a look around their house and look at the blinds and ask – are they safe?” 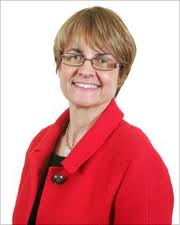 South Down SDLP MP Margaret Ritchie said: “Our thoughts and prayers and those of the wider community in Mayobridge are with the family at this difficult time.

“We know that everybody within the local community, including ourselves will provide all support, solidarity and prayers to the family in their sad and tragic loss.”

Sinn Féin MLA Caitriona Ruane said: “This tragic accident has been felt by the entire community and I would like to extend my condolences to the family.

“Our thoughts are with them at this time.”