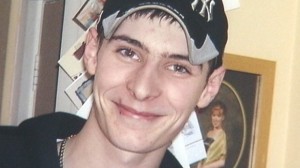 THE Police Ombudsman has disciplined 12 police officers over the search for a 22-year-old man who went missing from the Ulster Hospital in east Belfast.

The body of James Fenton, who had been a patient at the Dundonald hospital, was found in a secluded part of the grounds TEN WEEKS after he had been reported as missing.

And his remains were found approximately 40 metres from where he had last been seen.

A Post Mortem examination was unable to establish how he died.

Mr Fenton, from Bangor, admitted himself as a voluntary patient to the Hospital’s Mental Health Ward on the night of Friday 2 July 2010, but by midnight had been reported to police as missing.

Police Ombudsman Dr Michael Maguire has characterised the police investigation into Mr Fenton’ disappearance as “a catalogue of mistake after mistake”.

Two police officers carried out an immediate torchlight search of part of the grounds. They reported back that they had been unable to find Mr Fenton and that, in their view, he was at a ‘high risk’ of suicide.

The Police Ombudsman found that a Detective Inspector was not contacted about his disappearance until 14 hours later, despite police procedure stating a DI should be notified urgently in high risk cases.

He found that by that stage time had been lost as mobile phone signals that had been coming from Mr Fenton’s phone had died and a crucial line of enquiry was gone.

The Ombudsman was critical of a decision by the Detective Inspector not to go to the hospital and for not having a clear understanding of the hospital buildings or the surrounding area.

Dr Maguire found that police “completely overlooked” the task of viewing CCTV footage from the hospital.

He was also critical of police focusing on a narrow line of investigation based on the belief that Mr Fenton was still alive.

He found that officers even warned some people that they ran the risk of prosecution of they continued to hide Mr Fenton.

“The police did not seem to be listening to the Fenton family and in particular what they were saying about Mr Fenton’ character and how unlikely it would have been for him to be missing for such a long time,” he said.

“It is no coincidence that the decision to carry out the final, successful, search was after a senior police officer had taken time to meet the Fenton family and listen to them.”

The Ombudsman said many examples were found of police not following procedures fully or at all and that there was little evidence of “consistent senior level oversight” of the investigation.

“It was largely allowed to drift along until its latter stages,” Dr Maguire added.

“Overall, the initial police response to the report that a ‘high risk’ person was missing lacked clear direction and purpose and as the investigation progressed, it was further undermined by a lack of leadership and direction.”

However, no details have been given of what disciplinary action had been taken by the Ombudsman against the officers.

Janice Fenton, James’ mother, said she was shocked by the findings of the Ombudsman report.

“When James went missing, a member of the police came to visit us. They said that they would do their best to help and do their best in the search for James. But as time went on, we lost faith,” she said.

“As a family we were brought up to believe that the PSNI were always right and have a duty of care, would do their best to help any family, any person in any way,” she said.

“I know find that that wasn’t true in Jame’s case. There were a lot of things not done that should have been done.

“Nobody listened, it was frustrating. It was though they had made up their own mind on where James was and what James was doing.

“In their eyes, James was a 22-year-old, partying and didn’t want to come home.”

She added:”I never got to see James, never ever got to say goodbye. I will never find out probably what happened to James because he lay uncovered, cold, alone, ten weeks, 40 metres from the ward. It’s heartbreaking.”

Following the publication of the report, PSNI Chief Superintendent Nigel Grimshaw said lessons had been learnt from the investigation and extended his sympathies to the Fenton family.

“On behalf of the Police Service I extend my sympathies to them and I am sorry that on this occasion the family did not have confidence in the policing service they received,” said Chief Supt Grimshaw.

“This is a human tragedy for the family of Mr Fenton.

“We have already taken significant steps to improve the management of missing persons investigations and we will continue to study the conclusions reached by the Police Ombudsman.”