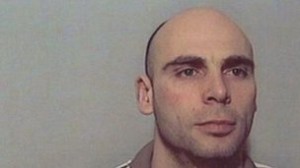 Giedrius Dubosas is wanted for murder in Lithuania

POLICE believe a Lithuanian man wanted for questioning about a murder in his home country may be living in Northern Ireland.

Giedrius Dubosas is wanted on a European Arrest Warrant in relation to the murder of a man in 2005.

The 36-year-old, who uses the nickname ‘Sabonis’, may be living in either counties Armagh, Tyrone or in the Republic of Ireland in County Monaghan.