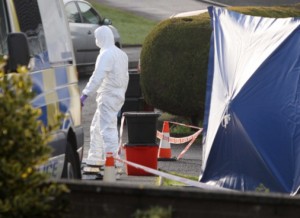 John Lamont, 64, died at his home in the Carnvale area of Ballymena on January 15.

His wife Elizabeth, 59, was seriously injured in the incident.

District Judge Des Perry granted bail on the condition that Mr Lamont resides at an agreed address, and adheres to treatment, at Shannon clinic in Belfast.

The accused will appear before the court again on March 28.

Gregory Lamont was arrested within hours of the attack at the family home in Ballymena.

However, he was transferred from police custody to a pyschiatric hospital for treatment under the Mental Health Act.