NORTHERN IRELAND: WHERE THE STREETS HAVE NAMES OF ROMANCE 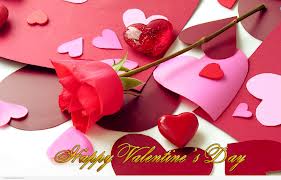 NORTHERN Ireland has 19 streets linked to love, it has been revealed on the most romantic day of the year.

Royal Mail analysed its database of 29 million addresses across the UK to uncover street names with a love theme.

Love Lane, Rose Park and Valentine Road are just some of the addresses on Northern Ireland’s post.

For Valentine’s Day, the postal firm revealed that Love Lane is actually the most common romantic themed street name across the UK, adorning 116 road signs.

Rose Park appeared most in Northern Ireland with four listings.

Gary Crawford, Royal Mail’s General Manager for Northern Ireland, said: “As we enter the season of love, we thought it would be fun to find out which region of the UK is home to the most romantic-inspired street names.

“Northern Ireland is bursting full of the loved-up addresses – it seems Cupid had a few helpers when the roads were named across the area! All we need to know now is whether these romantic themed streets have lived up to their promise and have helped spread love and romance to people living on them.”