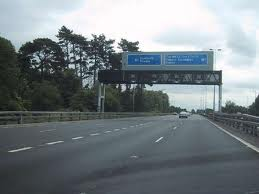 THE Department for Regional Development (DRD) failed to properly investigate whistleblower allegations that contracts were awarded using favouritism, according to the audit office.

Its inquiry into Roads Service’s arrangements for the supply of road signs took four years to reach a conclusion.

Investigators failed to apply professional standards and gave the benefit of the doubt to the government executive agency’s officials, auditor Kieran Donnelly said. DRD reported its findings in 2010.

Officials implicated in the allegations were asked to gather evidence for the investigation, weakening its independence and objectivity.

The audit office said: “We are satisfied that, even on the limited forensic work undertaken by the investigation team, there were strong indicators of either favouritism towards a particular firm or bias against the whistleblower.”

The whistleblower David Connolly said the audit review did not go far enough, claiming DRD had been given too much sway over it.

“This report has been whitewashed. They (the government) have been able to influence the entire language of this to seriously affect some of the areas where they were being criticised,” he said.

The auditor and comptroller general said where a whistleblower took the significant step of coming forward with serious allegations, it was incumbent upon the relevant public body to carry out a prompt, properly planned and thoroughly executed investigation.

Mr Donnelly’s office discovered significant weaknesses in the conduct of DRD’s investigation, which culminated in a 2010 report which found no evidence of impropriety or sharp practice or that staff had deliberately shown favouritism.

Mr Donnelly added: “As a result of these weaknesses, the credibility of the 2010 investigation is seriously undermined.”

Mr Connolly accused the government business unit of wasting up to £2 million over eight years by paying above the market rate and said some officials were too close to the firm which won the contract.

The DRD’s investigation into 29 allegations was completed in 2010 but consideration was not given to recurring themes across the complaints, including favouritism, which would have highlighted the whistleblower’s concerns about weaknesses in the administration of signage contracts, the audit office report said.

The auditors added: “As a result of the weaknesses found, the credibility of the 2010 investigation by DRD is, in our opinion seriously undermined. We are therefore unable to agree with DRD’s conclusion that the allegations had been investigated thoroughly.

“Indeed, we are concerned that the investigation team gave the benefit of the doubt to Road Service officials in its analysis of the evidence. In our view, on the basis of the work done by the investigators, we do not consider that the allegations were investigated sufficiently.”

DRD does not agree with that conclusion.

“I strongly support the Audit Office’s key recommendation which is to set up a central Northern Ireland Civil Service-wide resource to tackle complex investigations of this nature,” he said.