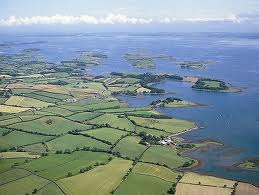 RISING sea temperatures are having a significant effect on bottom dwelling marine life, a report by Northern Ireland scientists has revealed.

The joint study was conducted in coastal waters at Rathlin, Skerries and Strangford Lough by researchers from National Museums Northern Ireland and Department of Environment’s Marine Division and published in Marine Environmental Research.

Dr Claire Goodwin, National Museums Northern Ireland Marine Biologist, who co-ordinated the later surveys said: “The raised temperatures are causing the contraction and disappearance of some species. We found that warmer water species at the extreme northern edge of their range had significantly increased in number and frequency and the distribution of nineteen species had expanded notably.”

Dr Goodwin added: “Three species, the spider crab Maja brachydactyla, the sponge Hexadella racovitzae and the nudibranch Caloria elegans appear to have recently arrived in this region. Effects were less pronounced for colder water species at the extreme southern edge of their range with slight but not significant decreases only being apparent at one of the three areas studied.

“However, the distribution of seven species has contracted, including the feather star Antedon petasus which was formerly abundant and has now virtually disappeared. We didn’t find any effects on species not at the edges of their range.”

Looking at the effects that climate change is having on our marine life Environment Minister Alex Attwood said: “We must play our part and live up to our ethical and political responsibilities to help tackle the climatic changes that are affecting our seas.

“Northern Ireland should have the ambition to make renewables our biggest industry, be a world class leader in carbon reduction, protect and positively develop our heritage. This should be the measure of what we should do – Climate Change is part of the driver.”

Commenting on the report Joe Breen, DOE Marine Division, said: “It is important to keep the changing situation closely monitored. This study demonstrates the importance of long term datasets as a baseline for determining change, and the importance of maintaining these survey programmes.

“The curation of historical marine data sets by the Ulster Museum has been instrumental in allowing us to detect these changes. We will continue to monitor for effects of climate change as part of our programme of work.”

Bernard Picton, Curator of Marine Invertebrates at National Museums Northern Ireland, who participated in both sets of dive surveys, said: “Currently rising sea temperatures seem to have effected mainly rare marine species which are at the edge of their biogeographic ranges.

“However, if sea temperatures continue to rise as predicted more species will be effected and this will impact significantly on marine ecosystems.”

Mr Picton added: “Northern Ireland is an ideal study site as it is at the interface of two biogeographic regions and many species are at the extremes of their range.

“Our findings are indicative of similar shifts in other areas. Other studies have shown similar shifts on the seashore and ours demonstrates that deeper water benthic life is also being affected.”