MYSTERY OVER THE 70,000 VANISHED HORSES 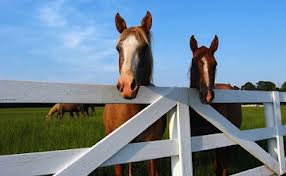 Unwanted horses sent to countries to be used in beef products

POLICE on both sides of the border are to probe the disappearance of 70,000 horses which have vanished without trace.

The inquiry will form part of a widening investigation by the PSNI and Gardai into how horse meat ended up in frozen burgers which found its way into supermarkets in Northern Ireland, the Republic and the United Kingdom.

The scandal prompted Northern Ireland Secretary of State Theresa Villiers to call for “robust steps” to be taken to protect the province’s meat trade.

During a committee meeting at the Northern Ireland Assembly, MLAs were told that the Food Standards Agency believed criminals were involved in the fraud of putting horsemeat into the food chain.

MPs at Westminster have been told that 70,000 horses have gone missing in Northern Ireland, with the suspicion they have gone overseas to countries who use the meat for human consumption.

Shadow Environment Secretary Mary Creagh said unwanted horses were given false paperwork in Northern Ireland before being sold for £8 and then resold to dealers for meat for as much as £423.

However, on Tuesday she apologised to the House of Commons saying it had been a “slip of the tongue” and the figure was for the whole of the island of Ireland.

She made the apology after being challenged by DUP North Antrim MP Ian Paisley jnr.

She said there was currently a “lucrative” trade in horses, claiming that while the Polish and Romanians were being “conveniently” blamed for the scandal, the contamination problem had started across the Irish Sea.

Speaking in the Commons, Ms Creagh said: “The Ulster Society for the Prevention of Cruelty to Animals have clear evidence of an illegal trade of unfit horses from Ireland to the UK for meat, with horses being re-passported to meet demands for horse meat in mainland Europe.

“It says that there are currently 70,000 horses unaccounted for in Ireland. Unwanted horses are being sold for €10 and being sold on for meat for €500 – a lucrative trade.

“It is very convenient to blame the Poles and the Romanians but so far neither country have found any problems with their beef abattoirs.”

Many horses are also believed to be contaminated with the carcinogen phenylbutazone, often referred to as bute, she said, claiming that the Environment Secretary Owen Paterson had been “incompetent”.

The lack of information from the Government had been a “disgrace”, Ms Creagh added, telling MPs the British public’s confidence in the food chain was “sinking like a stone”.

Mr Paterson said that unless products had been designated as unsafe by the Food Standards Agency, consumers should not worry.

Turning to Ms Creagh, he said: “The advice on food is very, very simple. I have been completely consistent on this. I have been absolutely clear, the independent agency which gives professional advice is the Food Standards Agency.

“I, you, MPs, and the public should follow their advice – so as long as products are free for sale and they have not been recommended for withdrawal by the Food Standards Agency, they are safe for human consumption.”

The USPCA said that tens of thousands of horses are running wild across Northern Ireland and end up being slaughtered for meat that goes into the human food chain.

Stephen Philpott of the USPCA said: “The Irish horse passport system needs to be abolished.”