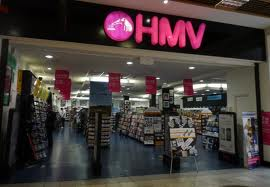 NINE HMV stores are to shut in Northern Ireland putting 109 people on the dole queue.

Doors will close at shops in at Boucher Road and Forestside shopping centre, both in Belfast, Newtownabbey,Lisburn, Ballymena, Coleraine, Craigavon, Derry/Londonderry and Newry.

Administrators Deloitte have announced on Thursday that 66 UK stores will close with the loss of 930 jobs.

The HMV shops pencilled in for closure will continue to trade until they shut in the next two months.

Nick Edwards from the company, said the decision was taken during a review of HMV’s financial position.

“This step has been taken in order to enhance the prospects of securing the business’ future as a going concern,” he said.

“We continue to receive strong support from staff and are extremely grateful to them for their commitment during an understandably difficult period. All other key stakeholders remain very supportive and I continue to be hopeful of securing a future for the restructured business.”

The announcement will leave 154 HMV stores operating in the UK.

Last month it was feared a total of 11 local stores, including five based in Belfast, could be at risk after administrators were called in.

HMV had struggled to make up sales after Christmas, which meant it could not meet its financial commitments.


One Response to NINE HMV STORES TO SHUT IN NORTHERN IRELAND