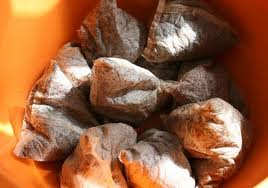 The city council has revealed on Thursday that used teabags sent to landfill sites is costing the ratepayers up to £76,000 a year.

According to Belfast City Council, an estimated 950 tonnes of waste is generated each year by sending used teabags to landfill.

The figures were revealed as part of its Fresher, Cleaner, Greener campaign.

“I was amazed when I heard how much waste was caused by throwing out teabags alone,” Councillor Pat McCarthy, chair of the council’s Health and Environmental Services Committee.

“When you consider how many cups of tea you have in a day, they seriously add up and there’s no excuse for sending them to landfill because you can dispose of them in brown bins or in food caddies.”

Around 60,000 homes across Belfast have brown bins, while a further 7,000 have kitchen caddies.

“Imagine what we could do with that money instead,” Mr McCarthy added.

“We provide the bins and boxes, we provide the collections – now we’re asking households to really make that extra push and engage with us.@@

But the onus is also on Belfast City Council to get recycling rates up to comply with EU directives, which state that the rate must reach at least 50% by 2015 or the council will face massive fines.

And that would ultimately impact on ratepayers.

While it costs the council £800 to process every lorry filled with black bin waste, it takes £470 per lorry-load of compostable or brown bin waste and just £80 for a load of recyclable waste.

“These are sobering statistics and there’s only so much the council can do – the rest is up to ratepayers themselves,” Mr McCarthy said.

The council has been highlighting the issue of food waste through public advertising and awareness campaigns like Waste Week and European Week for Waste Reduction.