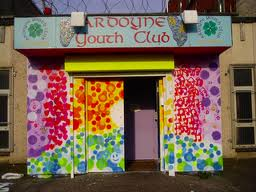 THE BIG Lottery Fund has award grants of almost £1 million to help young people who are at risk of getting involved in criminality at sectarian interfaces in Belfast.

Two youth projects in the north and west of the city have been awarded grants totalling just over £960,000 from the Big Lottery Fund.

Ardoyne Youth Club in north Belfast is to receive £470,000 to run support services and activities in its area.

Colin Glen Trust on the outskirts of west Belfast has been awarded £490,000.

The CGT will use the grant to provide activities in Colin Glen Forest Park, such as midnight soccer, drug and alcohol awareness workshops and training courses.

In Ardoyne, staff from the project will go out onto the streets to encourage young people to come to the youth club and take part in activities to improve their education and boost their mental health, confidence and self esteem.

They will also run courses to teach the young people skills and help them find jobs.

Both interface areas have suffered from a variety of social problems in recent years.

Over the past few summers, Ardoyne has been the scene of sectarian tensions and serious rioting during the height of Northern Ireland’s marching season.

Over a decade ago, Holy Cross Primary School hit the headlines when loyalist residents held daily protests as parents walked their children to school.

Ardoyne youth club’s leader, Thomas Turley, has first-hand experience of how such intervention can help to steer a young person away from crime. 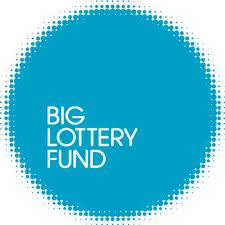 He is now 29 years old, but when he was a teenager he became involved in rioting in the area.

“I used to be one of these young people, hanging about with nothing to do and no hope in sight. I ended up hanging about on the streets taking drugs and drinking. I got involved in rioting because I was attracted to the adrenaline and the buzz. There was no one there to tell me to stop and I just didn’t care about anything, so I just went for it.”

Mr Turley was given a community service order as a punishment and was referred to Ardoyne Youth Club. He said it was “the best thing that ever happened to me”.

“They showed me that I could make something of myself if I got my head down and I went on to get qualifications in youth work at university. I came back to work in this community and give something back and show other young people that they can do the same with their lives,” he said.

Colin O’Neill, chief executive of the Colin Glen Trust (CGT), said the community he serves is in “one of the most deprived areas in Northern Ireland”.

Mr O’Neill added that CGT would be working with other community organisations to “target those young people most in need”.

“We want to show young people that rioting, violence and anti-social behaviour are not the right paths.”

The grants have been issued through the Big Lottery Fund’s Empowering Young People programme.

Its local chair, Frank Hewitt, said the programme was “transforming the lives of the most vulnerable young people”.