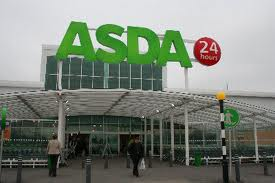 US-owned ASDA has withdrawn four frozen burger products supplied by a Northern Ireland company at the centre of a horsemeat scandal.

The supermarket chain made the announcement after a consignment of meat being held in quarantine by Co Down-based Freeza Meats was tested and found to contain 80 per cent horsemeat on Monday.

The Newry firm said it had been storing the meat, which was from Poland, in its cold store as a goodwill gesture after refusing to buy it from a company in the Republic.

However, it stressed that the meat never entered the local food chain and had been quarantined away from other meat by the local environmental health inspectors.

The decision by ASDA has sparked calls from the SDLP for “urgent round table talks” between the chain, Freeza Meats, two Stormont minister and environmental health officials.

ASDA, which is owned by US giant Walmart, said that while no horse DNA has been found in burgers supplied by Freeza, it has taken them off the shelves as a precaution.

“It’s important to note that both the local EHO in Northern Ireland, and our own independent DNA tests have come back free of any trace of horse meat.

“As a precaution we have taken all four frozen burger products off sale produced in that factory, and have instructed Freeza Meats to segregate and hold any frozen burgers currently in production or in their supply chain destined for ASDA.

“Although all the science says there is no trace of horse in our burgers produced by Freeza Meats, we can’t and won’t take any chances when it comes to the authenticity of ingredients in our products.”

Freeza Meats in Newry, Co Down

Freeza Meats, which employs more than 45 people, is a specialist in burgers for the catering industry in Britain and Ireland.

Director Paul Mackle said: “We are in this situation through no fault of our own.

“We were just  doing a good turn for somebody. We made sure that it was kept separate.”

Newry and Mourne District Council’s Environmental Health Department confirmed the suspect meat consignment had been detained for the last five months “due to the condition of its wrapping and queries regarding its labelling and traceability”.

On Tuesday John Farrell, the council’s Director of Environment, Health & Building Services, said Freeza Meats was put in a difficult position “through no fault of their own”.

“Freeza Meats had meat in their cold store that they could not move because we had officially detained it and it was up to us to have the meat removed to its owner, put into pet food or destroyed,” he said.

The Food Standards Agency is expected to announce on Wednesday how it plans to conduct a major UK wide investigation amid several cases of meat contamination in both Northern Ireland and the Republic of Ireland.

Police on both sides of the border have been urged to carry out investigations into a suspected fraud.

SDLP MLA for Newry and Mourne Dominic Bradley has called for talks to be held to head off a public confidence crisis in the Northern Ireland meat industry.

Said Mr Bradley: “In recent days we have become all too aware of the on-going crises within our food processing industry, particularly in relation to horse meat being found in beef products and the authorities are rightly investigating the different cases involved.’

“However in the case of Freeza Meats in Newry I believe 50 jobs may have been inadvertently put at risk within my constituency by poor communication by the FSA. Freeza meat products have been cleared of equine DNA by both Newry and Mourne Environmental Health Office and independent DNA testing by British supermarket chain, ASDA.

“I understand that the raw material under investigation currently held within Freeza Meats has been in quarantine for quite some time at the request of the local Environmental Health Office.

“It has not nor has it ever been used by the company in the production of its meats, in fact the company have only continued to store the meat in question at the insistence of Environmental Health despite the company’s numerous requests to dispose of the product concerned.

‘This afternoon I have asked the Enterprise Minister and the Agriculture Minister to convene urgent round table discussions with all parties involved so the facts can be put on the table and this very worrying situation can be resolved; not just in relation to the urgent situation for those working at Freeza Meats but for the reputation of the meat processing industry in Northern Ireland.

“I have asked Minister Foster and Minister O’Neill to bring the Foods Standards Agency, the Environmental Health team from Newry and Mourne District Council, Freeza Meats and ASDA around the table within hours with Departmental Officials to help bring about certainty and public confidence as a matter of urgency.’’