MPS BACK ‘ADAM AND STEVE’ MARRIAGE BILL AS DUP VOTE AGAINST 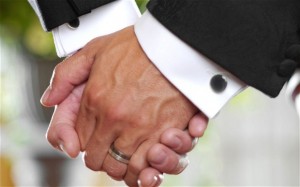 MPs have approved legislation for same-sex marriage in England and Wales.

North Antrim MP Ian Paisley jnr said: “Since same-sex marriages were introduced in Portugal, Spain and the Netherlands, the number of mixed-sex marriages have decreased considerably.”

And Upper Bann MP David Simpson said: “In the garden of Eden, it was Adam and Eve, not Adam and Steve.”

It is understood Ms Ritchie didn’t attend for personal reasons due to a recent family death.

And North Down MP Lady Sylvia Hermon voted against the legislation.

Prime Minister David Cameron has described the move as “an important step forward” that strengthens society.

About 140 Conservative MPs are thought to have voted against the plans.

Former children’s minister and Conservative MP Tim Loughton told the BBC that he believed “140 or so” of his party colleagues had voted against the plans, along with “a small rump of Labour MPs” and “four Lib Dem MPs”.

Deputy Prime Minister and Lib Dem leader Nick Clegg said: “I genuinely believe that we will look back on today as a landmark for equality in Britain.

“No matter who you are and who you love, we are all equal. Marriage is about love and commitment, and it should no longer be denied to people just because they are gay.

MPs were given a free vote on the bill, meaning they were not ordered to vote a particular way by party whips.

Their decision to back the bill at second reading signifies that they approve of it in principle. The legislation will now receive more detailed parliamentary scrutiny.

Opposition leader Ed Miliband said: “This is a proud day and an important step forward in the fight for equality in Britain. 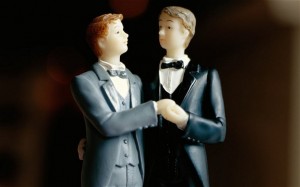 “The overwhelming majority of Labour MPs supported this change to make sure marriage reflects the value we place on long-term, loving relationships whoever you love.

“Equal marriage builds on Labour’s successes in government which include the repeal of Section 28, equalising the age of consent, the introduction of civil partnerships and changes to the rules governing adoption.”

But Conservative MP David Burrowes said: “We do respect the equal value of men and women, but surely that doesn’t avoid us looking and celebrating difference, and marriage is a great way of celebrating the difference between a man and a woman.”

He predicted that the legislation would receive substantial opposition when it arrived in the House of Lords.

He added: “If the view was that this was going to show us as a party in touch, well, we have done. The nation is divided, we have shown ourselves as a party to be divided.

“We have been the ones showing ourselves to have a grown-up, free-vote, conscience issue debate, and we shouldn’t hide behind the fact that we’re going to be divided on this issue.”

However, the Cameron/Clegg coalition believe the Bill go through the House of Lords relatively untouched by peers.