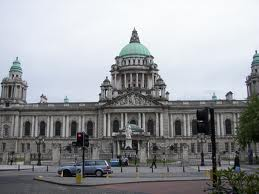 It is believed to be the first time in living memory such a motion has been voted in by councillors.

However, despite the freeze, Belfast City Council says it is still committed to a £150m investment programme and creating 200 jobs.

The council says that in real terms it will mean a 2.7 per cent reduction in ratepayers’ bills when inflation was taken into account.

Said a council spokesman: “Rates bills are made up of two parts – the district rate (45 per cent of the bill), which individual councils set, and the regional rate (55 per cent) which is set by central government.

“With the regional rate set at 2.7 per cent, the overall effect on Belfast ratepayers will be an increase of around 1.49 per cent.

“This will result in an annual increase in terrace houses of £8.86 – the equivalent of just over 17 pence per week – up to a four bedroomed detached house rising by £30.13 per year – or around 58 pence per week.

Councillor Deirdre Hargey, chair of the Strategic Policy and Resources Committee, said: “The zero increase has been achieved through a programme of planned cash savings of £2.1 million for the coming year as part of our commitment to generate £20 million of savings by 2015.

“During the past seven years the council has achieved £16 million of savings.

“Work is already in progress on the efficiency programme for the next two years, with savings planned in the area of fleet, security, accommodation, energy, overtime and agency work.

“Despite the rates freeze, we have secured our commitment to the £150 million investment programme, including the creation of 200 jobs, which was launched last year and will run through to 2015.

“We have also secured £5 million of commitments to the Local Investment Fund which is aimed at local communities and £20 million to the Belfast Investment Fund which supports major partnership projects in the city – recent examples are Titanic Belfast, the MAC and the Lyric. In addition, we have earmarked £75 million to be invested in facilities such as pitches, parks and play areas.

“It is a remarkable achievement given that this has been achieved against a backdrop of the toughest post-war economic climate and pressures on rates and revenue incomes. Inflation currently stands at 2.7 per cent while our rates base is not growing – this means the zero increase represents a cut of 2.7 per cent in real term.

“The council has shown leadership by achieving the balance between investing in the city to secure jobs and assist economic development during these difficult times while also providing efficient value for money services.”

Before the monthly meeting started, Sinn Fein leader on the council Jim McVeigh said his party would not be backing a rates cut.

“A rates cut would mean job losses at the council and we don’t want that. We are proposing a rates freeze,” said Councillor Jim McVeigh.

However, UUP councillor and group leader in the council Bob Stoker said a rates cut was affordable.

“There is enough money to afford a rates cut and also provide all our services of cleansing, parks, cemeteries and waste,” said former mayor Cllr Stoker.

During the monthly council meeting, Sinn Fein accused the DUP of proposing austerity with its 2 per cent cut proposal.

The Ulster Unionist Party proposed a 5 per cent cut which was also voted down.

A vote for a district rates freeze was backed by Sinn Fein, the SDLP and the Alliance Party.

In December, the three parties came together to support a motion by 29-21 to only fly the Union flag on designated days.

It resulted in weeks of street protests and violence across parts of Northern Ireland, in particular east Belfast.

“How many businesses need to close and jobs be lost before these parties wake up??

And party colleague and DUP councillor Lee Reynolds tweeted: “Rates cut rejected by Alliance, Sinn Fein and SDLP, a chance to give more help to people and businesses of Belfast lost.”