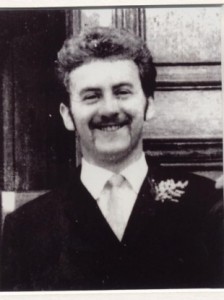 Paul McNally was shot dead on June 5, 1976 in a sectarian attack

A MAN arrested in Belfast on Monday in connection with a 36-year-old unsolved murder investigation has been released.

Detectives from the PSNI’s Serious Crime Branch said the 55-year-old was taken into custody as part of a renewed inquiry into the murder of Paul McNally.

The man has now been released pending a report to the director of the Public Prosecution Service.

The father-of-two was shot on June 5, 1976 in what they believe was a random sectarian attack.

“We have made an arrest and a suspect has been taken to the Serious Crime Suite at Antrim police station for questioning.

“This random sectarian attack took place on a busy Saturday afternoon in June. I would appeal to people who spoke with police at the time of the murder to make contact with the new investigation team. I would also ask those who may not have previously spoken to police to contact detectives investigating Paul McNally’s murder.”


One Response to PSNI DETECTIVES RELEASE MAN OVER 1976 MURDER