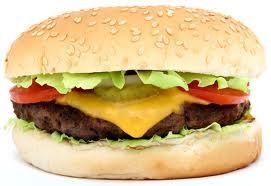 THE Food Standards Agency has found horse DNA in frozen meat in a cold store in Northern Ireland.

It was among a consignment in Freeza Meats in Newry which may be linked to the Silvercrest factory in the Republic, the FSA said.

Silvercrest was the supplier of beef burgers that contained horse DNA, identified in a survey carried out by the Food Safety Authority of Ireland.

The FSA said that 12 samples from the suspect consignment have been tested and two came back positive for horse meat, at about 80 per cent.

The investigation into the traceability of these raw materials and their source is under way. As this meat was detained, it has not entered the food chain.

The meat came from two processing plants in Ireland, Liffey Meats in County Cavan, and Silvercrest Foods in County Monaghan, and the Dalepak Hambleton plant in Yorkshire.

Food safety officials said there was no risk to human health and the burgers had been removed.

Since then Tesco, Aldi, the Co-Op and Burger King have dropped Silvercrest as a supplier.

On Sunday, it emerged that a food producer in Northern Ireland had supplied halal food containing traces of pork DNA to prisons.

The County Tyrone company said it was co-operating with the Food Standards Agency.

Tests on five products were carried out by 3663 after it suspected the halal products may have contained horsemeat.

A 3663 company spokeswoman said it was “shocked” to find pork DNA traces.

She added that the affected products had been withdrawn from supply and had been distributed only to prisons.

Under Islamic law, Muslims are required to eat halal food and eating pork is strictly forbidden.

Meanwhile, Gardai in the Republic have been asked to investigate after horsemeat was found in beef products at a third meat factory.

Rangeland Foods has stopped production after tests found 75% horse DNA in an ingredient imported from Poland.

The company said the consignment had not gone into production.

In a statement, Mr Coveney said he had asked the police to join the investigation by his department’s special investigations unit into how the horsemeat had got into beef products at the factories.

Speaking of Rangeland Foods, he said: “The company has indicated that none of this product has entered the food chain.

“The department has had inspectors in the plant since last Friday. The investigation is focusing on the full supply chain, including the meat trader concerned and others who facilitated the purchase of the product and its transfer to users in Ireland.”

Rangeland Foods said the test results on the meat, which it had taken delivery of in early January, were immediately reported to the Department of Agriculture.

The company said that 90% of the beef it uses is of Irish origin.

The company, which was established in 1982, has more than 80 employees.