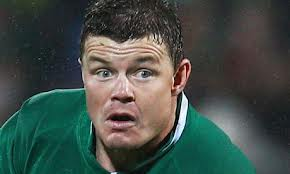 Former Ireland captain Brian O’Driscoll back to his best

IRELAND put in a huge first half performance against reigingin RBS 6 Nations champions Wales in their Cardiff back yard.

They led 23 v 3 at the interval but whatever Rob Howley said in the Welsh dressing room made the difference in the second half.

Wales came out fighting and scored 19 points as they piled on the pressure on the Irish back line.

In response, Ireland only scored seven points in the whole of the second half, which will give coach Declan Kidney much to ponder over Ireland host England in Dublin for their next RBS clash.

First half tries by Kian Healy and Simon Zebo in the first half put the Welsh on the back foot.

Johnny Sexton had his shooting boots on and converted both tries and scored three penalties.

Brian O’Driscoll’s lay off for Zebo’s try was equisite, with quick movement in and out of the Welsh back line and fast hands showed the BOD has not lost his touch.

And Zebo’s handling was fantastic.

The game, at Millennium Stadium, got off to a dream start for Declan Kidney’s men.

Tries by Simon Zebo and Cian Healy, and 10 points from Jonathan Sexton, ensured that Ireland dominated their hosts during the opening half-hour.

The stunned Grand Slam champions found themselves facing an eighth successive loss and any faint hopes that they would stage a fightback were obliterated just two minutes after half time, when the influential Brian O’Driscoll dived over from two feet out. 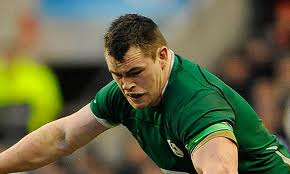 O’Driscoll, Rob Kearney, Rory Best and Sean O’Brien were all restored to Ireland’s starting XV after missing the autumn schedule through injury – although Jamie Heaslip replaced O’Driscoll as captain.

Brian O’Driscoll was deservedly named the RBS 6 Nation Man of the Match.

After the game he said: “We owed Wales one.

“It is good to get the 6 Nations off to a winning start. If you lose your first game then you are alway playing catch up.”

Welsh backroom staff member Shaun Edwards was disappointed at the loss but knew only one man was the difference between the two teams – BOD!

“I just wish Ireland had have left him at home. He made the difference in the Irish side,” he added.

Write off BOD at your peril.