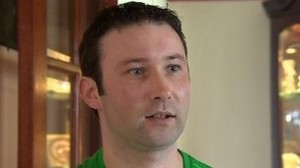 A TERROR suspect charged with supplying the car used in the murder of prison officer David Black was an integral part of the murder plot, the High Court has heard.

On Friday, McLaughline was refused bail at the High Court in Belfast to attend his child’s christening on Saturday.

The car was said to have been moved to Carrigallen, County Leitrim, where it remained for nearly three weeks.