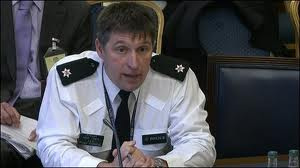 THE son of a senior police officer has appeared in court charged with attempted robbery.

Peter Clark, 18, is accused of trying to rob cash from a man in the greater Belfast area earlier this month.

The incident happened at Whitehead Post Office and at the time detectives in Carrickfergus appealed for witnesses to come forward.

Police at the time claimed one male wearing a balaclava and armed with a blade entered the store shortly after 11am on Friday, January 4.

He allegedly demanded money from staff but made off empty handed when the alarm sounded. 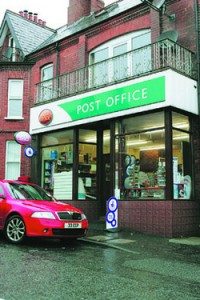 Detectives were told that the would-be robber was in the company of a second male who had entered the store a short time earlier.

Witnesses told investigating officers that both males allegedly made off in a dark blue Peugeot which was discovered abandoned in Beltoy Court a short time later.

Two males aged 26 and 18 were subsequently arrested on suspicion of attempted robbery when police stopped a taxi a short distance away.

Detectives investigating issued an appeal for witnesses who saw a dark blue two door Peugeot with white writing in the rear window in the Kings Road area or in the car park to the rear of the post office (accessed via Windsor Avenue) at anytime prior to or around the time of the incident.

Peter Clark is the son of Superintendent Muir Clark, who once headed up the PSNI’s Traffic Branch.

During Thursday’s brief hearing, the district judge imposed a ban on reporting where Peter Clark lives.

The reporting restrictions prohibit the publication of any details relating to his address, a Courts Service spokesman confirmed.

Both defendants were released on continuing bail to appear again on March 28.