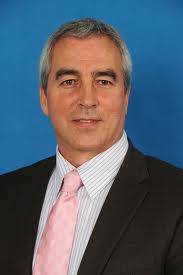 SINN FEIN told the Assembly on Monday that it would continue to block the draft Westminster legislation for the ‘National Crimes Agency’ at the Executive.

And its officers will have no powers of a police constable and cannot conduct searches in the province.

West Belfast Pat Sheehan MLA said: “Under the draft Westminster legislation the ‘National Crimes Agency’ (NCA) would not be accountable to the normal accountable mechanisms negotiated over the last number of years.

“Sinn Féin will continue to seek to have the legislation amended as we clearly recognise the imperative of co-operation between different agencies to combat organised crime.

“However, the primacy of the PSNI in combating organised crime, indeed all criminality, is paramount in addition to the need for all agencies to be accountable to the accountability mechanisms already put in place.”

However, Justice Mnister David Ford said he believed it was the wrong decision.

And the DUP accused Sinn Fein of playing politics with policing.

North Antrim MP Ian Paisley Jnr said: “The NCA is set up to deal with pornography, sex crimes, the transit of prostitutes… to deal with internationally based criminality. Why would anyone want to be on the wrong side of that argument?”

The police are understood to share the justice minister’s concerns about the potential implications of the decision.

The PSNI has repeatedly warned that Northern Ireland is increasingly being targeted by international crime gangs operating on a global scale. They believe that cooperation with the NCA is essential.