KILLED IN THE LINE OF DUTY: GARDA DETECTIVE BLASTED IN THE HEAD WITH SHOTGUN 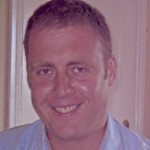 Det Garda Adrian Donohoe blast to death with a shotgun

A MASSIVE manhunt continues across the Republic on Sunday for the shotgun killers of Garda Detective Adrian Donohoe.

The Garda detective was gunned down during a bungled robbery near Dundalk in County Louth was killed without warning.

The armed officer was unable to draw his gun before a masked gang opened fire on him, blasting him in the face.

Such was the severity of his head wounds that his coffin will remain closed throughout a family wake this weekend.

Det Garda Adrian Donohoe, was shot at the Lordship Credit Union in Bellurgan around 9.30 pm on Friday night.

An Garda Siochana statement said Det Donohoe did not produce his weapon before he was shot dead in cold blood by the armed gang.

The 41-year-old was one of two detectives on escort duty when an attempted robbery took place. 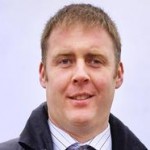 Now onee of the biggest man hunt’s is underway to find those behind his brutal slaying.

A number of possible suspects have emerged as part of the investigation.

One of those suspected of possibly mounting the attack is a dangerous criminal from Coolock, Co Dublin.

He has a known history of firearms and also opening fire on pursuing Gardai.

A second line of inquiry is dissident republicans belonging to the new ‘IRA’ faction which is behind robberies, drug dealing and extortion in the Republic.

Garda murder squad detectives along with the Special Detective Unit are looking for four men in a dark-coloured Volkswagen Passat car which was scene fleeing the scene.

The area around the murder was immediately sealed off while police attempted to establish the circumstances surrounding the shooting and search for forensic clues.

The PSNI along the south Armagh/north Louth border were put on alert for fear the gunmen had travelled into Northern Ireland.

Det Garda Donohue is the first member of the force to be shot dead on duty since the murder of Garda Gerry McCabe in 1996 by a Provisional IRA robbery gang.

He was also shot dead on escort duty outside a post office in Adare, County Limerick.

Ireland’s Minister for Justice Alan Shatter said people had respect for those working in the Irish police force.

“They will share my revulsion and horror that a garda (Irish police officer) has so tragically lost his life in the course of his duties.”

Stormont Justice Minister David Ford said he and Mr Shatter had reinforced their commitment to work together against criminal gangs.

“I condemn this brutal murder of Garda Donohoe and offer my deepest sympathies to his family and fellow Garda officers,” he said.

“Anyone with information should pass it to the appropriate authorities so these dangerous people can be brought before the courts.”

The Garda Representative Association President John Parker said it was in “deep shock” following the killing.

“This dreadful news is what every police family fears,” he said.

“At this time the wider garda family will be doing everything possible to support the late garda’s relatives and loved ones, friends and colleagues.”


One Response to KILLED IN THE LINE OF DUTY: GARDA DETECTIVE BLASTED IN THE HEAD WITH SHOTGUN