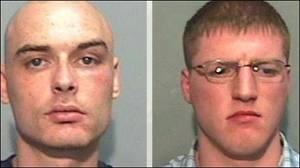 ONE of men the jailed for life for the sectarian stabbing of schoolboy Thomas Devlin has had his prison term cut by two years.

In the Court of Appeal on Thursday, three senior judges ruled that Nigel Brown’s 22 year tariff was “manifestly excessive”.

As a result, Lord Chief Justice Sir Declan Morgan, sitting with Lord Justice Paul Girvan and Lord Justice Malachy Higgins, ruled that the tariff should be cut by 24 months.

The judges said the decision to reduce the sentence was based on the fact that Brown disclosed his involvement in the attack, helping the police investigation.

However, they rejected accomplice Gary Taylor’s challenge to being ordered to serve at least 30 years in prison for carrying out the stabbing in August 2005.

The Lord Chief Justice pointed out that Taylor had gone out armed with a knife intent on carrying out a random and motiveless killing.

He said: “Murders on such a basis naturally strike fear in the minds of those within the local community because such conduct is the mark of the serial killer.”

Fifteen-year-old Thomas was knifed to death near his north Belfast home while out buying sweets and drinks. 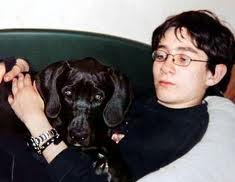 His friend, Jonathan McKee, was also attacked and stabbed in the stomach.

Taylor, 26, of Mountcollyer Avenue, Belfast, and Brown, 29, from Whitewell Road in the city, were both found guilty of murdering and attempting to murder the two boys.

The victims had been walking back with a third teenager, Fintan Maguire, from a garage when the killers struck on the Somerton Road.

According to the prosecution the killers left the nearby Mount Vernon estate, where they lived at the time of the stabbing, and launched their deadly assault.

Both men’s appeals against conviction were dismissed last November.

Dealing on Thursday with the sentences imposed on them, Sir Declan detailed their history of violent crime.

Sir Declan stressed the impact of the knife attack on Thomas’s parents and the boys who survived it.

“For all of them the consequences of that night have been life changing and enduring,” he said.”The emotional impacts and the effects on the mental health of the Devlin family have been profound and devastating.”