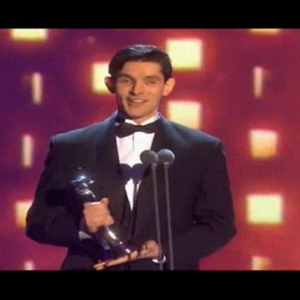 A NORTHERN Ireland actor has taken a top gong in the National Television Awards.

Colin Morgan was voted Best Male Performance in a Drama for his lead role as Merlin in the hit BBC show of the same name Merlin.

The 27-year-old from Co Armagh picked up the award in person at the awards screened on UTV on Wednesday night hosted by Dermot O’Leary.

He then added: “I just want to thank everyone who voted for me otherwise I wouldn’t be standing here holding this award.”