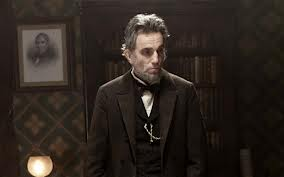 ON the day that the first black american President was sworn in for a second term, it was very apt that I went to the Movie House on Dublin Road, Belfast for a screening of Spielberg’s latest offering , Lincoln.

The film focuses on the last four months of Lincoln’s presidency and his desperate bid to secure the abolition of slavery and the legal equality for negroes in America at that time.

It is impressively set against the backdrop of the American Civil war as it draws to its bloody conclusion in 1865.

Daniel Day Lewis is outstanding in the role of Lincoln.

He portrays him as a humble man, weighed down by the pressures of office in a country at war, yet fiercely committed to his cause.

He delivers a sensitive and understated yet enthralling performance well worthy of an Oscar nomination.

The film does not wallow in the violence and gore of the war.

The opening scenes of bloodshed had me wondering was this how the rest of the film would pan out.

Instead it centres on the political intrigue in Washington as the abolitionists battle to secure their all important 13th Amendment to the American Bill of Rights.

It is to all intent and purpose, a 19th century courtroom drama.

There are many impressive performances with frequent witty exchanges between the strong male cast – there are only 3 female characters in the entire film! 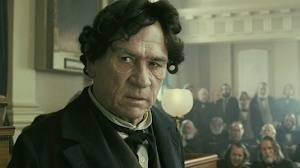 Tommy Lee Jones excels in his role as firebrand abolitionist senator Thaddeus Stephens, hell bent on passing his bill at all costs.

As well as humour there is also much drama as the audience is drawn into the race against time to secure the required number of votes to pass this bill.

The film lasts approximately two and a half hours long but it is a sign of its quality that this time flew by unnoticed.

This film is a must see for anyone who has even a fleeting interest in American political history – or indeed for anyone who simply appreciates a good story, fine acting and superb film-making.