He has revealed that 14 projects are for new primary schools and eight are post-primary which had been identified as “priority projects”.

The Sinn Fein MLA said the work would address issues such as overcrowding, substandard accommodation and “over-reliance on temporary classrooms”.

Only three of the projects are in Belfast: Elmgrove Primary School, in the east of the city; Glenwood Primary School and Edenderry Nursery school in the Shankill area of west Belfast.

It will be a welcome boost to the construction industry which had been badly affected by the economic downturn.

The announcement means that about a third of the schools who applied for new builds will get them.

The minister said it was a “significant investment” in the school estate but was also “good news for the construction industry” and had the potential to support thousands of jobs.

Although ministerial approval has been granted, the projects are still subject to planning approval and will also depend on “the level of capital funding availability at that time”.

The successful projects are: 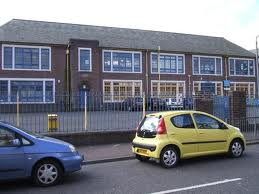 A new-build project to encompass the existing schools of St Mary’s, St Paul’s and St Michael’s post-primary schools in Lurgan

A new primary school to service Islandmagee in County Antrim and the surrounding area, to include Mullaghdubh and Kilcoan Primary Schools

A new-build solution to service the needs of three schools; Craigback, Mullabuoy and Listress primary schools, on the outskirts of Londonderry.

A new school to facilitate the amalgamation of Enniskillen Collegiate Grammar School and Portora Royal Schools.

Schools should submit applications by mid-April for the £40m programme. Mr O’Dowd plans to make decisions by June.

The funding programme is aimed at projects costing between £500,000 and £4m pounds.