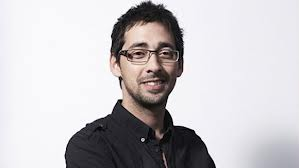 Colin Murray is leaving Match of the Day

BELFAST born Colin Murray is to leave the BBC’s Match Of The Day 2 programme at the end of this season, the corporation has announced.

The former Radio 1 DJ, who cut his teeth in journalism at the News Letter in Belfast, has presented the sports show since 2010.

He will be replaced by Mark “Chappers” Chapman, another ex-Radio 1 voice.

In a statement, the BBC thanked Murray, who grew up in east Belfast, “for his great contribution”.

He will continue to play a “key role” in BBC output on 5Live and across TV output for darts and American Football, it added.

Murray was named Music Broadcaster Of The Year at the Sony Radio Academy Awards in 2007 and made the transition from music to sport presenting from 2006 when he hosted the sports-themed panel show Fighting Talk on 5 Live.

He also picked up a number of awards at the Press Awards in Northern Ireland as a columnist. 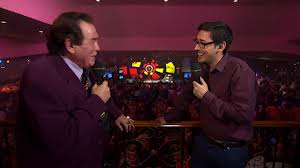 Chapman, who made his name a sports newsreader on Radio 1’s Scott Mills show, has previously hosted Channel 5’s Football Night and Final Score at the BBC.