THIS is the young Northern Ireland doctor who was one of four climbers killed by a major avalanche in the Glencoe mountains in Scotland on Saturday. 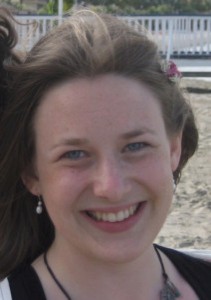 Una Rachel Finnegan from Co Antrim was killed after being swept down the mountain when snow gave way beneath the group.

The 25-year-old was named on Sunday night by Scotland’s Northern Constabulary, along with Tom Chesters, 28, who was living in Leeds, as two of the victims.

Another climber who survived is seriously injured.

Ms Finnegan was a junior doctor who had been living in Edinburgh,

The two men and two women who died were part of a group of six.

They were killed after plummeting around 1,000 feet down Bidean Nam Bian, a 3,700ft peak on the south side of the glen, and ended up buried under up to two metres of snow on Saturday afternoon.

A fifth climber, a woman, survived the drop but was in a “very serious condition” with head injuries at Belford Hospital in Fort William. The sixth climber, a man, who remained on the ridge above, suffered minor injuries.

Rescue teams and a helicopter were mobilised after a separate party of climbers discovered one of the casualties lying in the snow and raised the alarm around 2pm.

The party were descending from a peak on the south side of the valley, an area known as the Church Door Buttress, when the slope they were on gave away and five of the party plunged down the mountain side.

Mountaineers describe the type of avalanche triggered as a ‘wind slab’, which is when tonnes of ice and snow accumulate on the edge of a ridge creating an artificial cliff.

A slab, which can be difficult to detect and has led to fatal accidents, is believed to have given way under the weight of the climbers causing them to fall down the side of the mountain.

Glencoe Mountain Rescue Team along with police dogs were involved in the search for casualties. A Royal Navy helicopter was also involved.

John Grieve, leader of the mountain rescue team, said the alarm was initially raised by two climbers – who were not part of the group of six – when they discovered one of the casualties lying in the snow.

But, police were then contacted by the male survivor from the climbing party, who told them more people were missing.

Grieve said the deceased climbers were located using a technique called “probing”, where a metal stick is pushed into the snow.

Bidean Nam Bian is a munro – a mountain with a height in excess of 3,000ft – with a number of different climbs.

“An avalanche is possible to be triggered by a single person,” said Diggins.

“You’re really getting into areas which are 800 metres up because the wind packs the snow to make it hard.”

David Gibson, chief officer of the Mountaineering Council of Scotland, said: “This was a significant tragedy.

“The thoughts of the MCoS are with all of those involved and the rescue services up there doing the job they do.

“It is always difficult in these circumstances, but I think the advice we would give to people is to check the weather and avalanche forecasts before setting off, and to assess the risks.”

Avalanches claimed the lives of two climbers in February 2010 and three in January 2009 on Buachaille Etive Mor in ¬Glencoe.

In February 2010, Christopher Walker, 29, a mountain Instructor from Keswick, Cumbria and Robert Pritchard, 37, from New Moulden, Surrey, were hit by a small avalanche in the “Curved Ridge” area of Buchaille Etive Mor.

Alex Salmond, Scotland’s the First Minister, described the deaths as “an appalling tragedy”.

He said: “Our immediate thoughts and prayers are with the families of those who have been lost.

“To lose four people from a party of six is truly devastating.

“I would like to thank the police and mountain rescue team for their efforts in these difficult circumstances.”