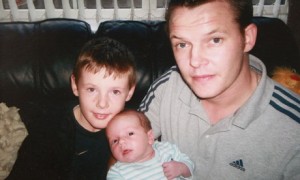 The 36-year-old is still in Algeria at a safe camp.

But his family hope to have him back in their arms by Saturday evening.

A spokesperson for the family of Stephen McFaul have described his mood as “bright and together and nervously excited” about returning home.

The oil worker, who was travelling on an Irish passport, was held hostage at a BP facility in Algeria for two days, along with other foreign nationals.

The spokesperson said Stephen had called his family on Friday morning and was “sad for his colleagues who remain caught up in the crisis”.

Son Dylan, along with other members of the McFaul family, are planning to throw a massive homecoming party for Stephen after his 48 hour captive ordeal in Algeria at the hands of ruthless Al Qa’eda leader Mokhtar Belmokhtar.

On Thursday, 13-year-old Dylan promised to give his daddy a big party to remember when he finally arrived home.

The tearful teenager found it difficut sleeping the news broke that his daddy had been kidnapped after the gang stormed a BP oil refinery.

And dramatic details emerged on Thursday on how the dad of two managed to escape.

Stephen McFaul told his wife Angela on Thursday by phone he managed to his escape after his captors’ jeep crashed, and he was able to run away.

He was being taken by his captors in a convoy of jeeps when an Algerian military air strike took out the front four vehicles.

Mr McFaul, who had explosives strapped around his neck, then managed to escaped when the fifth jeep carrying him crashed and careered out of control.

However, earlier reports that a second man from Northern Ireland was held captive have now been ruled out.

DUP MP Ian Paisley revealed on Thursday afternoon that he was liaising with the Foreign Office in London over the capture of one of his North Antrim constituent in Algeria.

“The Foreign Office has relayed to me the circumstances concerning my constituent who has been taken hostage in Algeria,” he said.

“At this present time, the situation is incredibly volatile and I am therefore limited in what I can say. We are, however, in constant contact regarding any new information that becomes available.”

Mr Paisley added: “I would just like to express that my thoughts and prayers are firmly with the family involved at this difficult time.”

But on Thursday night it was revealed a second Northern Ireland man was not missing.

Mr Paisley has clarified the situation by saying that Stephen McFaul has a dual identity and lives in Andersonstown, Co Antrim.

Young Dylan McFaul said he was delighted his daddy was freed.

Said Dylan: “I can’t wait for my daddy to come home. I am going to give him a big hug and throw him a party.

And it has been a nervous wait for Dylan, his mum Angela, his baby brother and his step sisters.

The news was broken to him at school where he said teachers had been very supportive of him while his dad remained captive.

“I couldn’t really sleep last night. I kept waking up during the night.”

Stephen McFaul’s brother Brian said they were delighted he had been freed after more than 24 hours being held captive.

“It is a big relief for the whole family. Stephen’s wife Angela got the phonecall from him to say he was safe and well.

“He said he has been taken to a safe camp where he will probably be briefed about his ordeal.

“We are just waiting for him to phone his mother’s house. His mum and dad have been through a terrible ordeal but we have all been supporting each other, from both sides of the family,” added Brian.

And Stephen’s sister Donna McBride said: “It is like winning the lottery. We are thinking about the other families who are still waiting for news.”

West Belfast MP Paul Maskey said on Twitter: “Just out of the family home of the local man who was held hostage in Algeria.

“Brilliant news on his release. Family are delighted.”

But he added: “Stephen McFaul had a lucky escape today from his captors, others didn’t.

“I believe that the Algerian govt will have many questions to answer.”

The Irish Republic’s deputy prime minister Eamon Gilmoe said: “I am extremely thankful and relieved to learn that the Irish national who was a hostage in Algeria has made contact with his family and is safe.

“I spoke with his family yesterday, and I know how relieved they will be that he is well after his ordeal.

“This is the news that we all wanted to hear. At the same time, my thoughts are with the other oil-field workers who are caught up in this terrible situation and with their families who are also waiting for news at this difficult time.

“We continue to liaise with the Algerian authorities and with the authorities of the other countries affected by this incident.” 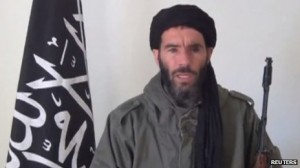 The kidnappers are led by senior Al Qa’eda commander Mokhtar Belmokhtar, leader of group known as The Blood Battalion.

A military operation has now finished at the gas facility in Algeria on Thursday afternoon where several hostages, including the west Belfast man, were being held, the Foreign Office said.

Media reports say some hostages and Islamist militants have been killed.

Earlier, the Belfast man spoke as a major diplomatic incident was declared with British and Irish officials working round the clock to try and secure the release of hostages travellling under their respective passports.

“We have contacted the embassies and we call the Algerian army to withdraw … We are worried because of the continuation of the firing,” said Mr McFaul.

“Among the hostages are French, American, Japanese, British, Norwegian and Irish.”

On Thursday morning, the family of the man had called for him to be released.

In a statement read by West Belfast MP Paul Maskey, the family said: “We are all very concerned about his welfare and want to see him released to us as a matter of urgency, free from harm.

Yesterday, Mr McFaul was able to contact his family in West Belfast and told them: “I’m ok. Don’t be worrying.”

But by Thursday morning, it appeared that the situation had got worse in the last 24 hours.

Former west Belfast MP Gerry Adams had appealed on Thursday for the kidnappers to release the hostages.

“The abduction of a West Belfast man at the Amenas gas field in eastern Algeria has caused great distress to his family and community,” said the Sinn Fein president.

“I have been in touch with the family to express my solidarity at this difficult time.

“I have spoken with the Irish government’s Department of Foreign Affairs who are doing all they can to help the family and secure the release of the kidnapped Irish citizen.”

Such was the seriousness of the abductions, that Prime Minister David Cameron called a special meeting of COBRA on Wednesday to discuss the security situation with Cabinet colleagues.

A second COBRA meeting was held on Thursday afternoon.

It lasted 35 minutes and Ministers were given the grim news that there are British casualties and probably a number of fatalities.

At tea time on Thursday, following the COBRA meeting Prime Minister David Cameron said it was a “difficult and fluid situation”.

It is now believed two Britons are among those killed.

Mr Cameron said: “We face a very bad situation at this BP gas compound in Algeria. A number of British citizens have been taken hostage.

“Already we know of one who has died. The Algerian armed forces have now attacked the compound.”

He added: “It’s a fluid situation, it’s ongoing, it’s very uncertain. We should be prepared for the possibility of further bad news, very difficult news, in this extremely difficult situation.”