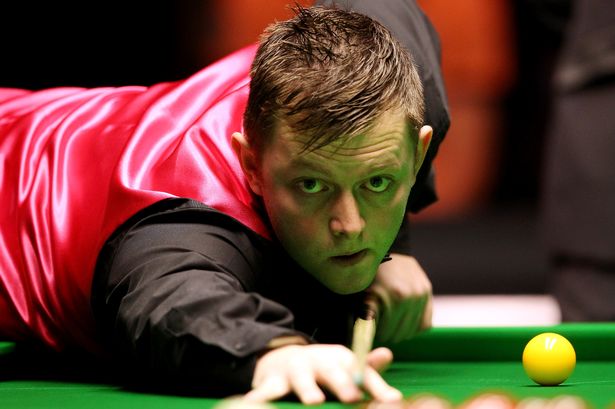 Northern Ireland’s Mark Allen in action at the Masters Snooker

NORTHERN Ireland’ Mark Allen has been beated by 6-5 by Neil Robertson.

The match went down to a deciding frame they were all square after ten frames in the quarter finals of the Masters Snooker being held at the Alexandra Palace.

Allen took the fifth frame with a break of 72 after missing a long red into the top left hand pocket.

He took the fourth frame with a wonderful break of 138.

Robertson has drawn level at three each with a break of 111.

And Robertson also took the seventh frame by 59 points to 21 after Allen failed to get snookers.

Allen took the eight frame and is now allow square, taking the frame by 68 points to 30.

Neil Robertson took the nineth frame with a break of 101.

He is now just one frame away from victory and knocking Allen out at the quarter final stage.

However, in the tenth frame Allen drew level winning 80-42.

In the final deciding frame, Robertson swept Allen aside with 105 break without Allen getting a point on the board.

Robertson said: “I’m over the moon to get throught. I am emotionally drained. Mark put up a great fight.”