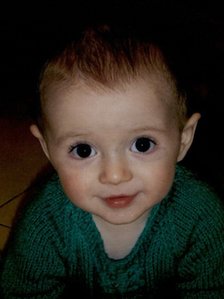 THE young child killed in a road accident in County Fermanagh on Monday has been named as Ryan Cox.

The accident happened on the Boa Island Road around 3.50 pm on Monday.

Ryan, who was 19-months-old and from Belleek, was travelling in a car with his mum when it was involved in a collision with another car.

The male driver of the car and Ryan’s mum are both in a serious condition in hospital.

The PSNI has appealed for anyone who witnessed the collision involving a silver Renault Megane and a silver Peugeot 307 to contact them on 0845 600 8000.

The Boa Island Road was closed for a time on Tuesday morning but later re-opened.