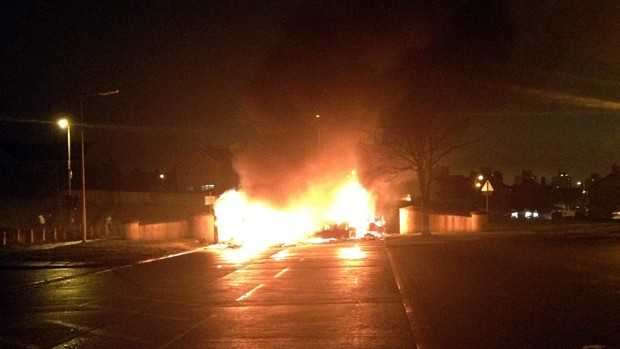 YOU CAN SEND YOUR VIEW TO INFO@BELFASTDAILY.CO.UK

I’ve become a huge fan of Belfast Daily in recent weeks because you appear to allow views of all kinds on your site. I hope you print this.

I am a moderate nationalist. I have opposed Sinn Fein throughout my life in the same way I have opposed all those who believed that violence could be justified.

I also opposed loyalist terrorists, and the security forces when they set up and murdered innocent people.

I now oppose those loyalists who have brought my city once again to the brink.

It is more galling to watch these people rioting because I am completely puzzled by what they are doing.

I grew up and lived in Belfast through a time when I was told over and over again that we should obey the democratic views of others.

Unionists in particular would make it clear on so many occasions that the democratic will of all the people must be obeyed. Fair enough.

So when the democratically elected councillors of Belfast voted to fly the Union Flag on certain days of the year instead of all year round, you’d think those same proponents of democracy would respect that.

Which is why these flag protests should be exposed for what they are. Pure sectarianism. I have choked as I have watched journalists and bloggers try to delve more deeply into why the protests are taking place. It’s a joke.

Loyalists who protest have told me to be democratic. Does this mean that if one day the people of this part of Ireland vote for a united Ireland, these loyalists will oppose it once again with violence and bigotry?

The people running our streets at night and causing chaos aren’t fit to hold it, never mind claim to defend it – and let’s not forget City Hall has followed the lead of Stormont on designated days and there wasn’t a word about it.

YOU CAN SEND YOUR VIEW TO INFO@BELFASTDAILY.CO.UK


3 Responses to READER’S VIEW: LOYALIST PROTESTORS ARE ANTI-DEMOCRATIC AND SHAME THE UNION FLAG