BELFAST FILMS UP FOR GONGS IN IRISH AWARDS 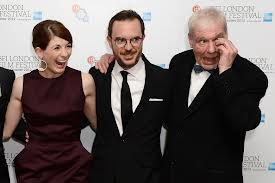 TWO Belfast films are set to go head to head in the Irish Film and Television Awards (IFTA).

In the same category is Good Vibrations, which details the life of Belfast’s record-selling punk godfather Terri Hooley and Richard Dormer, who portrayed the musical icon is up for Best Actor.

The shortlist of 40 films was revealed this week in the run up to the 10th annual IFTA ceremony early next month.

The thriller also gets a nod in the Best Hair and makeup while Good Vibrations features in Best Costume.

HBO series Game of Thrones, which is filmed at various locations across Northern Ireland including Ballintoy harbour and the Paint Hall Film Studio, Belfast, has been nominated for Best Television Drama, Best Director of Photography and Best Sound in a Film or Drama.

Many of nominated productions were funded by Northern Ireland Screen, and the organisation’s CEO Richard Williams said he was delighted to see a strong showing from the region among the nominations.

“The ceremony is a wonderful showcase, and helps us promote the wealth of creative talent in Northern Ireland to a wider audience.

“It is great to see productions from such a wide variety of categories nominated; film, TV drama, documentary, animation and current affairs. Northern Ireland also has a strong showing in the craft/technical categories with nods for costume, sound, cinematography and directing,” he said.

Northern Ireland actors Marty McCann and Ciaran McMenamin starred in Jump, which was penned by Kieron J Walsh and has been nominated for the Best Script Film category, while McCann will be hoping to come top of the pile in the Best Actor category.

Belfast actor Ciaran Hinds is nominated in the Best Supporting Actor Film category for spooky film The Woman in Black and Derry’s Bronagh Gallagher gets a nomination for her part in Grabbers.

Belfast production company Below the Radar’s Trevor Birney, Eimhear O’Neill and Ruth O’Reilly have been nominated under the George Morrison Feature Documentary category, for their production Mea Maxima Culpa: Silence in the House of God. The documentary was filmed in Ireland, the US and Italy and hears first hand accounts from victims of the abuse scandal in the Catholic Church.

While Macropolis, by Flickerpix Animations – who are also behind UTV’s Busker and Barney animations – is one of four in the Best Animation category.