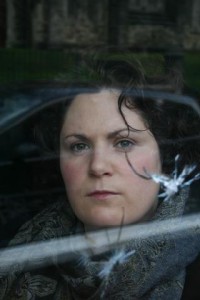 DETECTIVES are investigating after shots were fired at the Belfast home of SDLP councillor Claire Hanna.

It is understood the shots were fired from a high powered ball bearing gun.

The SDLP said in a statement on Sunday that the front windows and door of the councillor’s house were struck seven times.

The incident is believed to have happened sometime between Thursday night and Friday morning.

The councillor, her husband and baby daughter were not at home at the time.

Ms Hanna, the Chair of the East Belfast Policing and Community Safety Partnership, said the attack disgusted her and showed utter contempt for her young family.

“It’s a violation of our security. My husband and I have a young daughter and obviously, her safety and security is our principle concern in life and this incident has very much shaken us.”

Ms Hanna said she would not be intimidated by what she described as “fascist elements with no respect for democracy”.

“The last number of weeks have been disturbing for those of us who aspire to a genuinely shared future, and to the principle that all here can be British, Irish or both as they so choose.