FOURTH NIGHT OF TROUBLE AS VIOLENCE ERUPTS IN EAST BELFAST 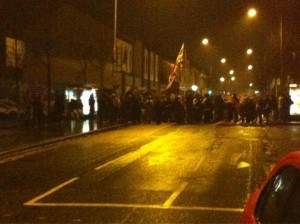 FRESH trouble has erupted on the streets of east Belfast on Sunday for the fouth night in a row.

Trouble flared after a loyalist flag protest on Sunday night.

As a result, the PSNI have advised motorists to stay clear of Castlereagh Street, Albertbridge Road, Beersbridge Road, and Mountpottinger Road areas.

A hijacked car was set on fire at Templemore Avenue not far from where a gunman opened fire on police on Saturday afternoon.

Riot squad police are dealing with what police chiefs are describing as an “0ngoing public disorder” situation which broke out shortly before 9pm.

Officers have come under attack from fireworks, bottles and bricks.

Outside of Belfast, police in Ballymena say they dealt with “instances of public disorder in the Ballykeel area” where a road was blocked.

Police said a petrol bomb was thrown, while a number of bins were set alight. 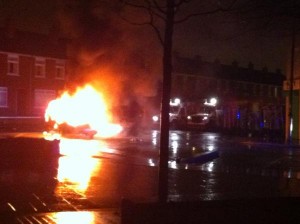 “The Police Service will continue to do everything possible to maintain law and order and we will deal firmly with outbreaks of violence,” he said.

“As you have seen in the last few days we will continue to apprehend and put people before the courts.”

A 52-year-old has become the latest man charged with disorderly behaviour, in connection with rioting in Belfast. He will appear at Belfast Magistrates’ Court on Monday. 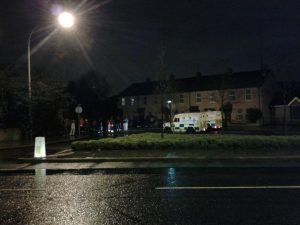 Police move into Short Strand to keep nationalist youths back

On Saturday night, dissident republicans called in supporters from north and west Belfast to stand with residents of the Short Strand.