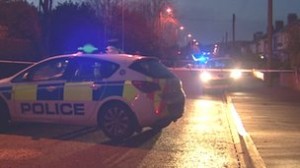 Bomb alert leads to evacuation of houses in south Belfast

A suspicious object which led to the evacuation of homes in south Belfast has been declared a hoax.

Army technical officers (ATOs) were tasked to the scene at Fortfield Mews on Friday night.

The area around Fortfield Mews has been closed by the PSNI as the alert is ongoing.

The families of those evacuated have now been allowed to return to their homes.