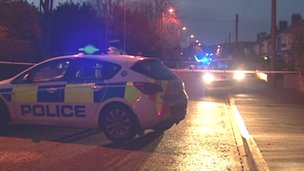 Child dies after car crash in Comber on Saturday evening

A TWO-YEAR-OLD who was knocked down by a car in east Belfast on Saturday has tragically died.

The toddler was struck by an empty, parked car which rolled into a woman pushing a buggy on the Comber Road in Dundonald at around 4pm on Saturday.

However, the toddler was left critically ill following the crash.