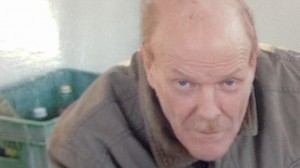 THE body a man who had gone missing in County Derry has been found by members of his family.

Alexander McKee’s remains were found in an industrial estate close to the Newbridge Road in Coleraine exactly a week after he disappeared.

The family have identified the body as that of 56-year-old Alexander McKee, who was from Limavady.

Police do not believe any foul play in Mr McKee’s death.

He was last seen alive at the Causeway Hospital in Coleraine on 23 December.

His family and friends have been involved in searches for him in the Coleraine area since Christmas Eve.

Mr McKee had been receiving treatment at the hospital for breathing difficulties.

Earlier on Sunday, police held a press conference in Coleraine, attended by his family.

Up to 40 police officers were deployed to help with the search.


One Response to BODY OF MISSING ALEXANDER MCKEE FOUND