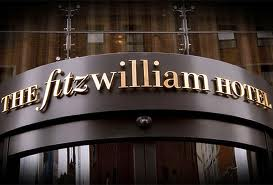 A FIVE-STAR hotel in Belfast city centre has cut its losses by £1.5 million.

The Fitzwilliam Hotel opened in 2009 and had racked up debts of £1.7 million.

However, in 2011 it was able to cut its annual losses to £257,000 due in large a greater number of tourists coming into the city centre.

According to its annual accounts, the Fitzwilliam’s turnover and profitability had.

And in a note of optimism, it said there should be further growth in 2012, showing a performance “significantly above” that achieved in 2011.

The details are contained in the annual accounts of Graffan Hotel Ltd, the firm which owns the Fitzwilliam.

The hotel, which is next to the Grand Opera House on Great Victoria Street, employs about 75 people.

A report from the consultancy PricewaterhouseCoopers has suggested that 2012 has been the best year for major Belfast hotels since 2006.

The report, which was published in November, found that year-on-year occupancy for the eight months to the end of September was up 15% on the year before, and overall revenue was up by 20%.

It identified the opening of the Titanic Belfast tourist attraction as a major factor in the improved performance.


One Response to FIVE STAR BELFAST HOTEL CUTS ITS LOSSES TO £257,000