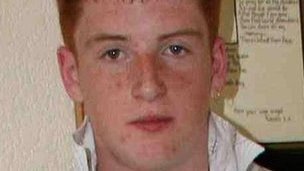 THREE men who had their convictions for murdering Catholic schoolboy Michael McIlveen quashed this week should face a retrial, the Court of Appeal was told on Friday.

The Public Prosecution Service is seeking a fresh crown court trial in front of a jury against Aaron Wallace, Christopher Kerr and Jeff Lewis for the killing of Michael McIlveen.

However, three Court of Appeal judges have deferred their decision on the PPS application until the New Year.

All three appellants will now remain in custody until Monday, January 7 , 2013.

The PPS application has been welcomed by Ballymena SDLP councillor Declan O’Loan.

He said on Friday: “It’s important that justice is seen to be done and that is only possible through a retrial.

“I was worried about the possible affects on community relations in Ballymena when the original verdicts were quashed and those fears have now been considerably assuaged with this announcement. 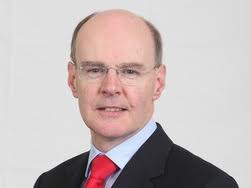 “Despite the considerable long wait for justice by the McIlveen family, I would urge everybody to patiently await the outworkings of the legal process.”

Michael ‘Mickeybo’ McIlveen died after being chased and attacked by a crowd in Ballymena in May 2006.

The 15-year-old was beaten with a baseball bat and allegedly kicked as he lay defenceless in an alleyway.

Wallace, 23, formerly of Moat Road, Kerr, 25, from Carnduff Drive, and Lewis, 22, of Rossdale – all in Ballymena – were all convicted of his murder and given minimum jail terms ranging from 10 to 13 years.

A fourth man, Mervyn Wilson Moon, 23, of Douglas Terrace in the town, had admitted the killing at the start of the trial.

Earlier this week, the Court of Appeal ruled that the guilty verdicts returned against Wallace, Kerr and Lewis were unsafe due to flaws in how the jury was directed.

With an eight-week slot available in Antrim from 28 January for any new trial, the PPS was told to confirm its position by Friday.

Crown counsel John Orr QC told the Court of Appeal that he has spoken with the Director of Public Prosecutions, Barra McGrory, senior police officers involved in the case, and the McIlveen family.

He said: “My application to the court will be that a retrial should be ordered.”

Frank O’Donoghue QC, for Kerr, urged judges not to make a decision at this stage.

After setting out how his client has served more than six and a half years in prison, the barrister said he wanted time to prepare further submissions.

Mr O’Donoghue added that he wanted to look at some press coverage.

Mr Weir also told the court that he was in a difficult position due to an undisclosed but progressively deteriorating medical condition affecting Lewis.

Wallace’s solicitor, Peter Madden, raised the issue of bail for his client due to the quashing of his conviction.

Sir Declan then confirmed that defence teams would be given an opportunity to prepare written and oral arguments on the issue.

He listed the case for a hearing on 7 January , when any bail applications can also be made.

“We are keeping open the opportunity for a retrial, if that’s the order we make, (starting) on January 28,” added Sir Declan Morgan.