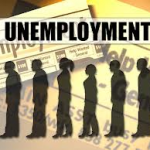 THERE has been a slight fall in the number of people out of work in Northern Ireland.

However, more people signed on for benefits in the last month.

According to figures for the month of November released on Wednesday, the headline jobless figures stands at 7.8 per cent of the Northern Ireland population.

Almost one in five young people still are unable to find employment.

But when it comes to signing on the dole, the number is up on last month.

In November 64,700 people in Northern Ireland were claiming unemployment related benefits. an increase of 500 on the previous month.

In the past year, the annual number claiming benefit has increased by 4,000 or 6.6%, the highest among all the regions of the UK which has seen a fall in the number of unemployed people.

There has also been a jump in the number of people signing on – up 500.

In October, another 600 people joined the ever growing job queues, with 64,100 people out of work.