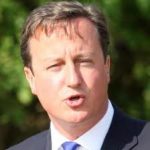 PRIME MINISTER DAVID CAMERON’S SPEECH TO THE HOUSE OF COMMONS ON THE PUBLICATION OF SIR DESMOND DE SILVA’S REPORT INTO THE MURDER OF PAT FINUCANE:

I would like to make a statement on Sir Desmond de Silva’s report into the nature and extent of state collusion in the murder of Patrick Finucane.

Mr Speaker, the murder of Patrick Finucane in his home in North Belfast on Sunday 12th February 1989 was an appalling crime.

He was shot 14 times as he sat down for dinner with his wife and three children.

He died in front of them.

His wife, Geraldine, was injured too.

In the period since the murder there have been three full criminal investigations carried out by the former Metropolitan Police Commissioner, Lord Stevens.

Taken together they amount to the biggest criminal investigation in British history led by the most senior police officer consisting of more than 1 million pages of documents and 12,000 witness statements obtained with full police powers.

As a result of the third investigation – one of those responsible – Ken Barrett, was tried and convicted in 2004 for the murder of Patrick Finucane.

There was a further report by Judge Cory.

Both Lord Stevens and Judge Cory made it clear that there was State collusion in the murder.

This itself was a shocking conclusion and I apologised to the family on behalf of the British government when I met them last year.

But despite these reports, some twenty-three years after the murder – there has still only been limited information in the public domain.

The whole country and beyond is entitled to know the extent and nature of the collusion – and of the failure of the State.

That is why last October this government asked Sir Desmond de Silva to conduct an independent review of the evidence to expose the truth as quickly as possible.

Mr Speaker, Sir Desmond has had full and unrestricted access to the Lord Stevens archive and to all government papers.

These include highly sensitive intelligence files and new and significant information that was not available to either Lord Stevens or Justice Cory – including Cabinet Papers, minutes of meetings with Ministers and senior officials, and papers and guidance on agent-handling.

He has declassified key documents, including original intelligence material and published them in Volume II of his report today.

The decision over what to publish was entirely his own.

Sir Desmond’s report has now given us the fullest possible account of the murder of Patrick Finucane and the truth about state collusion.

And the extent of disclosure in today’s report is without precedent.

Mr Speaker, nobody has more pride than me in the work of our security forces.

As Sir Desmond makes clear he is looking at “an extremely dark and violent time” in Northern Ireland’s history.

But we should be in no doubt that this report make extremely difficult reading.

It sets out the extent of collusion in areas such as identifying, targeting and murdering Mr Finucane, supplying a weapon and facilitating its later disappearance and deliberately obstructing subsequent investigations.

The report also answers questions about how high up the collusion went including the role of Ministers at the time.

But, Mr Speaker, while he rejects any state conspiracy, he does find shocking levels of State collusion.

Most importantly, Sir Desmond says he is “left in significant doubt as to whether Patrick Finucane would have been murdered by the Ulster Defence Association in February 1989 had it not been for the different strands of involvement by elements of the State.”

And he cites five specific areas of collusion.

First, “there were extensive “leaks” of security force information to the UDA and other loyalist paramilitary groups”

And he is “…satisfied that this proportion would have remained largely unchanged by …the time of Patrick Finucane’s murder.”

Second, there was a failure by the authorities to act on threat intelligence

Sir Desmond describes – and I quote – “…an extraordinary state of affairs…in which both the Army and the RUC Special Branch had prior notice of a series of planned UDA assassinations, yet nothing was done by the RUC to seek to prevent these attacks.”

When you read some of the specific cases in the report – page after page in chapter 7 – it is really shocking that this happened in our country.

Third, he confirms that employees of the State and State agents played “key roles” in the murder.

Brian Nelson and William Stobie “…together with another who was to become an agent of the State after his involvement in that murder.”

It can not be argued that these were rogue agents.

Indeed Sir Desmond concludes that army informer Brian Nelson should “properly be considered to be acting in a position equivalent to an employee of the MoD.”

“…the Army must bear a degree of responsibility for Nelson’s targeting activity during 1987-89, including that of Patrick Finucane.”

And most shocking of all, Sir Desmond says that on the balance of probabilities…an RUC officer or officers did propose Patrick Finucane…as a UDA target when speaking to a loyalist paramilitary.”

Fourth, there was a failure to investigate and arrest key members of the West Belfast UDA over a long period of time.

As I said earlier, Ken Barrett was eventually convicted of the murder but what is extraordinary is that back in 1991 – instead of prosecuting him for murder as RUC CID wanted to RUC SB decided instead to recruit him as an agent.

Fifth, this was all part of a wider “…relentless attempt to defeat the ends of justice” after the murder had taken place.

And on the separate question of how certain Ministers were briefed while Sir Desmond finds no political conspiracy, he is clear that Ministers were misled.

He finds that “…the Army and MoD officials provided the Secretary of State for Defence with highly misleading and in parts factually inaccurate advice about the [Force Research Unit’s] handling of Nelson”.

And on the comments made by Douglas Hogg, Sir Desmond agrees with Lord Stevens that briefing he received from the RUC meant he was “compromised.”

But he goes on to say there is “no basis for any claim that he intended his comments to provide a form of political encouragement for an attack on any solicitor.”

Mr Speaker, more broadly on the role of Ministers, he says there is “…no evidence whatsoever to suggest that any Government Minister had foreknowledge of Patrick Finucane’s murder, nor that they were subsequently informed of any intelligence that any agency of the State had received about the threat to his life”

He says that the then Attorney General, Sir Patrick Mayhew “…deserves significant credit for withstanding considerable political pressure designed to ensure Nelson was not prosecuted”

As a result – of course – Nelson was prosecuted in 1992, following the first investigation from Lord Stevens.

Mr Speaker, the collusion demonstrated beyond any doubt by Sir Desmond – which included the involvement of state agents in murder – is totally unacceptable.

We do not defend our security forces – or the many who have served in them with great distinction – by trying to claim otherwise.

Collusion should never, ever happen.

So on behalf of the Government – and the whole country – let me say once again to the Finucane family, I am deeply sorry.

Mr Speaker, it is vital that we learn the lessons of what went wrong and, for government in particular, address Sir Desmond’s criticisms of “a wilful and abject failure by successive Governments to provide the clear policy and legal framework necessary for agent-handling operations to take place effectively and within the law.”

Since 1989 many steps have been taken to improve the rules, procedures and oversight of intelligence work.

There is now a proper legal basis for the security services and the Regulation of Investigatory Powers Act 2000 has established a framework for the authorisation of the use and conduct of agents.

In addition, the activities of individual agents are now clearly recorded along with the parameters within which they must work.

And the Intelligence Services Commissioners and the Office of Surveillance Commissioners now regulate the use of agents and report publicly to this House.

Taken together, these changes are designed to ensure that the failures of 1989 could not be made today.

Mr Speaker, policing and security in Northern Ireland have been transformed, reflecting the progress we have made in recent years.

The Force Research Unit and the Special Branch of the RUC have both gone.

And the PSNI is today one of the most scrutinised police forces in the world.

It is accountable to local Ministers and a local policing board.

And it commands widespread support across the whole community.

Through all these measures both this government – and its predecessors – have shown a determination to do everything possible to ensure that no such collusion ever happens again.

We will study Sir Desmond’s report in detail to see whether any further lessons can be learned.

And I have asked the Secretaries of State for Defence and Northern Ireland and the Cabinet Secretary to report back to me on all the issues that arise from this Report.

I will publish their responses.

Mr Speaker, Sir Desmond says that his conclusion “should not be taken to impugn the reputation of the majority of RUC and UDR officers who served with distinction during what was an extraordinarily violent period”

He goes on to say “it would be a serious mistake for this Report to be used to promote or reinforce a particular narrative of any of the groups involved in the Troubles in Northern Ireland.”

Mr Speaker, I am sure these statements will have wide support in the House.

We should never forget that over 3,500 people lost their lives.

There were many terrible atrocities.

Sir Desmond reminds us that the Provisional IRA “…was the single greatest source of violence during this period…” and a full account of the events of the late 1980s – and I quote – “would reveal the full calculating brutality of that terrorist group.”

During the troubles over 300 RUC officers and 700 British military personnel were killed, with over 13,000 police and military injured.

I pay tribute to them and to all those who defended democracy and the rule of law and created the conditions for the progress we have seen.

We must not take that progress for granted, as we have seen this week.

I pay tribute to those in the PSNI, who are once again in the front line.

We will not allow Northern Ireland to slip back to its bitter and bloody past.

Mr Speaker, the Finucane family suffered the most grievous loss.

I know they oppose this Review process.

And I respect their views.

However, I respectfully disagree with them that a public inquiry would produce a fuller picture of what happened and what went wrong.

Indeed the history of Public Inquiries in Northern Ireland would suggest that had we gone down this route, we would not know what we know today.

Mr Speaker, Northern Ireland has been transformed over the past twenty years and but there is still more to do to build a genuinely shared future.

One of the things this government can do to help is to face up honestly when things have gone wrong in the past.

If we as a country want to uphold democracy and the rule of law then we must be prepared to be judged by the highest standards.

And we must also face up fully when we fall short.

In showing once again that we are not afraid to do that, I hope that today’s report can contribute to moving Northern Ireland forward.

And it is in that spirit that I commend this statement to the House.