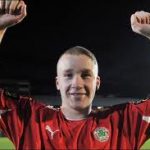 IT will be an all north Belfast derby next year after Crusaders beat Linfield and Cliftonville thraahsed Glenavon on Tuesday night in the semi-finals of the IRN-BRU Cup.

Liam Boyce made it 3-0 to Cliftonville as they ran out worthy winners on their Solitude home turf.

But Linfield went down 1-0 to a Jordan Owens goals which means the Blues have missed out on the first two pieces of silverware of the Irish Football season.

It could heap further pressure on Linfield manager David Jeffrey whose team have struggled to find a rich vein of form this season, lying sixth in the Danske Bank Irish Premier League and 14 points behind table toppers Cliftonville.

The final will be played on Friday, January 25, 2013 and will be broadcast live on Skys Sports.


One Response to CLIFTONVILLE TO FACE CRUSADERS IN IRN-BRU FINAL