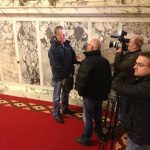 SINN FEIN MLA Gerry Kelly said the revelation that the RUC destroyed vital evidence in the Pat Finucane case shows why there is a need for a public inquiry.

It was revealed at the weekend that one of the two guns used in the February 1989 murder of the Belfast solicitor was stolen from an Army base.

But instead of holding onto the gun as evidence, the RUC handed it back to the Army.

The revelations were discovered by Lord John Stevens, who was investigating allegations of collusion between the security forces and loyalist paramilitaries.

The new disclosure under a Freedom of Information request following a four year campaign by RTE is revealed in Chapter 6 of Lord Stevens report which until now has never been published.

The North Belfast MLA and Sinn Féin policing spokesperson said: “Clearly from reading this small part of the Stevens report the investigation carried out by the RUC into Pat Finucane’s killing was a disgrace.

“Crucially when referring to the gun used in Pat’s Finucane’s killing and which was handed back to the British army, the report states that it was a ‘clear and deliberate decision’. Not an error or oversight but deliberate action that saw the destruction of crucial evidence. 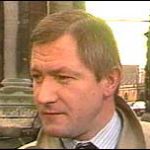 “If ever a case cried out for a public inquiry, this is one.

“The British government need to abide by the commitment they made at Weston Park and hold a public inquiry into this murder, this latest revelation reaffirms that.”

A government report into Mr Finucance’s murder by the UDA is to be publisehd by Secretary of State Theresa Villiers on Wednesday.

The family of Mr Finucane fly to London on Wednesday morning to view the report before it is published.

On Sunday, a new mural was unveiled to the solicitor in West Belfast.