NEW POLICE LAWS TO CRACK DOWN ON ROWDY PUBS 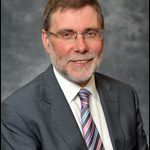 POLICE have been given tough new powers to close pubs and clubs if trouble breaks out.

The legislation was unveiled by Social Development Minister Nelson McCausland in the Assembly.

From Monday, December 10, a senior PSNI officer has the power to close licensed premises, or a private members club, if trouble breaks out on or off the premises.

The new powers will also enable a court to order licensed premises, or private members clubs, in an area of unrest or expected disorder to close for up to 24 hours.

The DUP MLA for north Belfast said he hoped the powers never have to be used.

“As a rule, I know that the police would prefer to prevent crime rather than to have to deal with its consequences.

“Disorder in pubs and clubs puts a strain on our emergency services and causes distress for those living in the vicinity,” he added.

“I expect these new powers to deter anti-social behaviour in and outside pubs and clubs and help ensure the licensee runs an orderly house.

“I expect closure will only be used as a last resort”.

“These powers will allow police to make an application to a court for the closure of licensed premises or registered clubs in any area where disorder is occurring or expected, obviously police will use these powers sparingly and only where necessary in order to protect public safety.

“They also give police the power to make a closure order in respect of a single licensed premises or registered club again in the interests of public safety.”

ACC George Hamilton acknowledged that the closure of any premises is “a significant step” and for that reason these powers will be used as “a last resort” and when all other options have been exhausted.

“The Police Service continually works in partnership with a wide range of organisations to assist in the process of creating a safe night time economy across all of Northern Ireland and will continue to do so.”